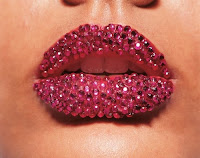 Truth be told, I eavesdrop a lot. I am fascinated by what people talk about and find myself listening to their conversations with and ease and a frequency that might alarm you; especially if you are sitting next to me. Perhaps I am fascinated by the human condition. Perhaps I am used to people telling me their secrets. Perhaps, ever a fan of entertainment- I just want to be entertained and I view the conversations of others as just another version of my television, blazing on in the background, filling the air with soothing sounds that I may focus on, or ignore at my choosing.

I tell you this because I have learned a great deal sitting in the coffee shops of my fair city, tapping along at my laptop keys. All lattes, for example are not created equal. Some are complex and marshmellowy, some are watery and disappointing.
Conversations, like Italian coffees are also predictable depending on the composition.

For example, I have learned that when two or more women get together, their discussion tend to focuss on relationships, feelings and the procurement of STUFF. In fact, I will take the literary leap and generalize when I say: Women talk more than they listen. Women talk a lot. At least women who drink coffee. Walk into any coffee shop in North America sit down next to two or three women (it can only work if it is an all-girl crowd) and just listen….. You are bound to hear some variation on the following conversations:

1) The Relationship Talk:
This involves two women discussing why HE could not commit. He was scared, he was not ready, he was wounded, his childhood scarred him, he had trust issues…

2) The XX Talk:
The Double chromosome talk involves two women openly discussing (ie:judging) a third. Her relationship is twisted, her hair cut sucks and her values have been questionable since the day you met. Furthermore, can you believe she asked to borrow my Manolo Blahniks and has yet to return them?

3) The Morning After:
Do you think he will call? I texted him but he has a really big meeting today and his schedule this week is insane. He said he would call me today but it’s okay if he doesn’t. I mean we had a bit of a connection but I think I like this other guy at work better.

4) The Verbal Debrief:
I can’t believe she said that to you?! What did you do? That is not acceptable, no I am sorry, I don’t care how long you two have been friends…. Oh, by the way, did you get your shoes back from Kathleen?

5) The Visual Debrief:
Did you see what she was wearing? I mean I know she’s lost some weight but, seriously, could the skirt be shorter? Did she think she could get away without a bra? I don’t think so…. Oh, An by the way, Kathleen finally gave me me My Frickin shoes back after I went to her house to get them!.

6) The Emotional Debrief:
I mean, I’m an emotional person. I feel things very deeply and relationships take work. It’s not like I did not give him what I had to give….

7) The Financial Debrief:
Where did you get that bag? Winners? Are you kidding me, of course I won’t tell anyone…. It’s amazing. Winners, holy shit? Really… do you think they have any more?

8) The Caloric Debrief:
I ate to much. Do you want the rest of my scone? Oh my god, I have to go to the gym. My ass is huge. I hate it. I tried on these pair of jeans the other day and if I keep this up they are not going to fit. I wish I had your will power.

9) The Environmental Debrief;
We’re redoing the upstairs and I said to Rob, if we’re going to really do this, it is a one time investment, I mean why not spend the extra money and get real hardwood. Laminate looks so cheap after a while….

10) The Egg versus Sperm:
I mean it’s been six months and we’re still not pregnant. How long did yiu guys try for? Because sex is starting to get to be routine…. I tried the temperature thing but I’m just getting so frustrated.

There are many a variation on this theme. Women are definitely the more verbal of the sexes. I have sat next to men in the same vain and really- not as much chatting. There is not nearly the ability to stereotype their conversations. One would think it is all about sex and sports or video games, computers, Blackberry vs. the I-Phone , a hockey pool or some sort of football/basketball/TSN debrief with scores and pools and overs and unders. It really is not that typical. Where men’s conversations tend to be a varitable buffet of unpredictability, girl talk is truly like ordering off the menu.

In fact there is scientific evidence to support my caffeine induced observations. Dr. Dr Luan Brizendine, a psychiatrist and specialist in neuropsychiatry says women devote more brain cells to talking than men do. In her book, The Female Brain, Brizendine, has shown that women’s barins develop earlier and in response to more verbal stimuli than do men’s. In fact, women talk almost three times as much as men, with the average woman chalking up 20,000 words in a day - 13,000 more than the average man.

She goes on to provide claim after scientific claim that shows both physiological and environmental reasons behind this disparity. Anyone on estrogen can not deny, it is one hell of a hormone and it does make you do the damndest of things….
I am fascinated, I am amazed. I am smarter than I ever was before. While men may still rule the world, women rule the silence. Make no mistake, I am not criticizing, I am in awe. Any species that has that kind of mastery of a language deserves my utmost respect. Here’s to us ladies, in coffee shops across this great continent…. Long may we speak our physiologically different minds….
Posted by Girlfriend's Guide to Health at 9:49 PM