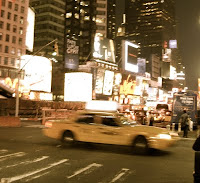 Truth be told I travel more than some. These are not extravagant gestures of adventure. There is nothing sexy about a domestic flight on Air Canada Jazz from Vancouver to the BC interior. The flights are usually less than an hour and en board service consists of apple juice, orange juice or bottled water. There is no in flight movie and regardless of the time of day, a packet of “Rocket Chips” is provided as a snack. Inevitably the planes are of the smaller variety. Now, I am not afraid of flying. I am fully aware that it is safer than driving and that (contrary to what my beloved believes) turbulence is in fact not a sign that “the god-damn plane is going down”. However these smaller variety planes are just the sorts that in a pinch could plummet from the sky somewhere over the Rockies and would only become a bi-line on the six o’clock news. Heaven forbid, or allow, should my airbus 120 fall from the sky; CNN would be none the wiser.

This is not my problem with flying. The size of the planes is never an issue. It is however, the size of the airports. I HATE small airports. Not for the obvious reasons however. Yes, there is never a place to buy coffee after you have made it through security without a drop of liquid on your persons. This of course is the least of my problems. After much research, and far too many short haul flights, I can safely conclude with “Freakinomics” accuracy that airport security is inversely proportional to the size of the airport.

Here is my point. In Vancouver Airport, I can safely bring a yogurt through security and even a dozen apples through US customs without anyone batting an eyelash. It takes me 10 minutes if I use the express line (which I always do) and I can be on my way. This is however if the security line is serviced ONLY by men. If there are women working the line, my time can easily be doubled as inevitably my purse (yes it’s REAL) will be subjected to the usually female scrutiny.

These female security personnel will check the contents of the bag. They tell me it is because my metal tweezers have flashed on the screen- but I know better. They are inspecting the lining to ensure the PRADA (or Gucci, or Burberry Prorsum, depending on the trip) is in fact the genuine article.

I know women are in fact the toughest critics of other women. I have, in fact, attempted many a time to try to get to the root of this issue and have come up with a variety of theories- none of which make me feel as satisfied as, “it’s a girl thing”. My readers lacking a Y chromosome will understand me profusely, if you do not, ask one of your girlfriends, she’ll likely try and explain it to you. This being said, there really is no justification for the strip search I inevitably endure for the sake of fashion at the hands of many a female security personnel. I know this to be true because as these “mean girls” are inspecting my bag, the inevitably comment, not on its contents but on its make, model and colour.

Yes people, the female security personnel at most small scale airports are in fact the “mean girls” you knew in high school, all grown up and with nowhere to go… literally.

Here I am in Kelowna airport, with a purse that made it through Vancouver airport without the batting of an eyelash. It is 6 o’clock in the morning; I am dressed to attend my clinic, which starts in Vancouver at 9 am. I will land at YVR at 7:30 and be safe and sound at my office with much time to spare. I have removed my shoes, belt and dignity and I am waiting for my one handbag to come through the X-Ray machine. It contains a pair of pajamas, 2 pairs of underwear, my wallet and my cell phone. I have my make-up case in a separate bin along with my laptop and a small bottle of moisturizer, shampoo, conditioner and face wash (all less than 3 fluid ounces) in a transport Canada approved baggy.

“Is this your bag, Ma’am?” she asks, “I need to check inside”. She announces before waiting for me to answer.

She pulls me over to the counter further downstream and proceeds to swab the bag down for gun powder or c14 residue or swine flu- I have no idea. And then she admits to what I suspected all along when she asks the damning question,

“Nice Bag, Is it real?” she smiles as she looks at the lining inside.

I can’t help but smile, satisfied that my husband is wrong and I am not a paranoid hater. Unfortunately, Jason is safely at home in bed 600km away and unable to witness my fresh hell. He will again, just have to take my paranoid word for it.

And then she actually made the most contemptible sound there is when she uttered, “Humph”.

I hate that sound. It is the vocal equivalent of scorn and as such should be on a list somewhere of sounds you can no longer make in public. I am now ashamed that I own a real Prada Bowler and this is not something anyone should be ashamed of! Yes, I paid too much money for a purse. Yes, I have no values. But I am still a good person?

And with that subtext still looming in the air, my security guard lady pulls my dirty underwear out of my bag with her latex gloved hands and puts them into a grey plastic bin. She tries not to make a face but it is there. She is less than happy and I smile smuggly to myself as she takes a seat down next to me in hell.

Over the next ten minutes, my lovely Prada Fall 2007 Bowler has now had more x-rays than most people do in their lifetimes. Finally after the fourth run through the machine, I am told that it was the metal lock on the bag that was the problem. I am handed my boarding pass, my grey bins filled with my dignity and sent on my way.

An article in the Independent in January 2009, support my “mean girls” theory. According to Kate Figes, there is a not-so new wave of “bitch bullying” that has existed for some time in this girl on girl world of ours.

Bitch bullying result when as Ms. Figes states “ grow up with contradictory and confusing messages. They are expected to look good and be good. They want to look sexy and are as interested in, and as in need of, sexual experimentation as much as boys, but their reputation still hangs upon abstinence. "Good" girls don't. They are still expected to be kinder, more supportive and enabling of others. But we are human too, and with too much self-sacrifice resentment flourishes that cannot be expressed – because "good" girls don't get angry… By bitch bullying, girls can express all their anger, insecurities and unhappiness at growing up, but in veiled ways. When you are unhappy, you feel much better if someone else hurts too…. Instead we harbour resentments, often for years.”

According to this theory “bitch bullying” allows these grown up girls to express their anger and natural resentment without getting caught. It is the passive-aggressive get out of jail free card.

And so… my security guard sister in theory was just bitch bullying me in response to not being able to sleep with the prom king some 20 or so years ago….

And as such the next time I go through security and me and my Prada Bowler bag are faced with some poor woman who fits the bill and pulls us over for “being fabulous in an average zone”. I will not rage against the special gunpowder machine detector she swabs me down with. Instead, I will look at her with all the compassion I can muster at 6 am before a coffee and when she asks, “is it real?”… I will utter the words she really needs to hear right then and there…

And peace will be restored.

Posted by Girlfriend's Guide to Health at 4:27 PM