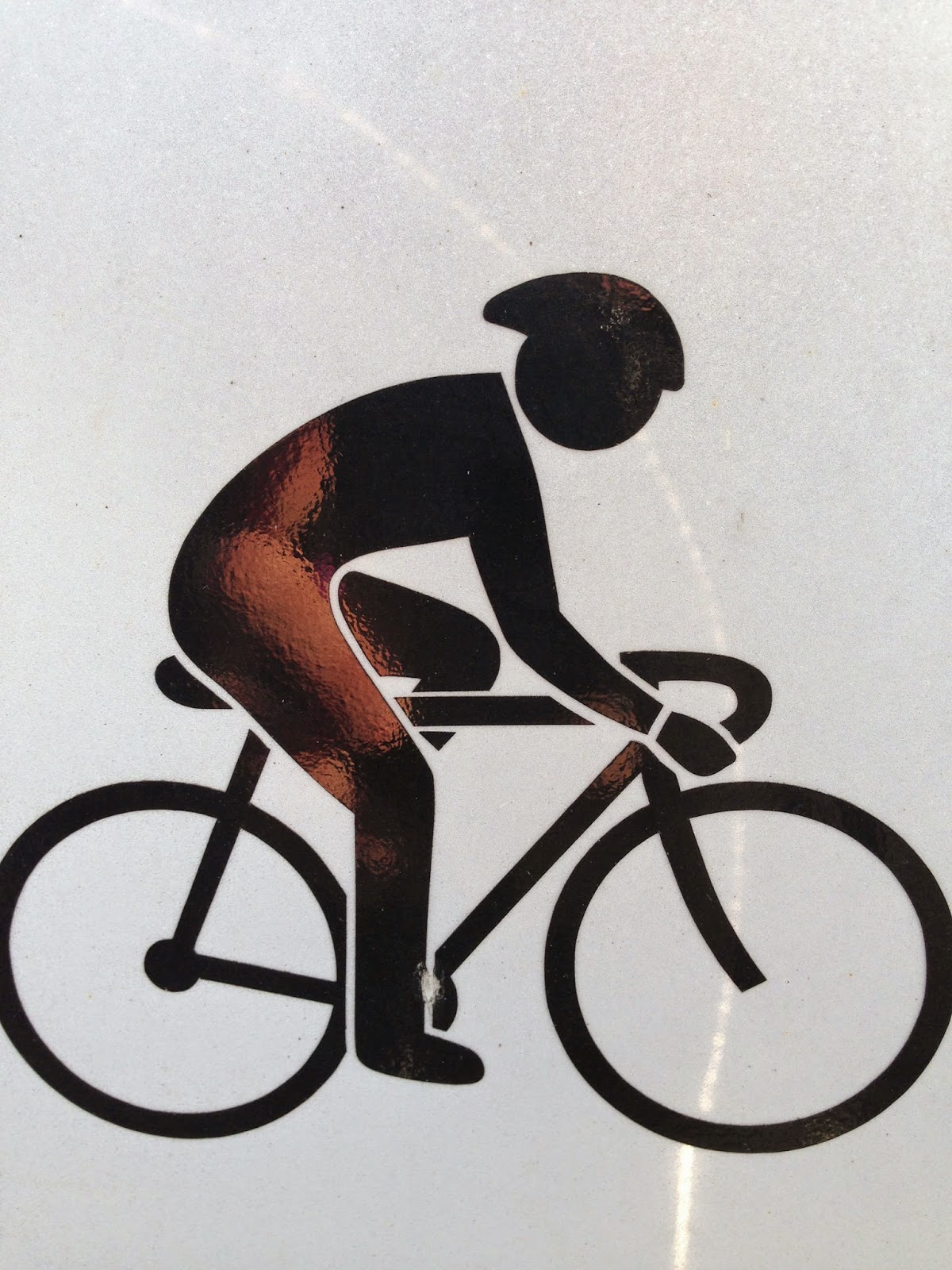 Heads up sweet sisters- I will state the obvious. I am indeed in love with my bike. This has been a great love for some time but I feel it needs to be restated here and now.

The burst of emotion comes from the fact that last week I had a bike fit that changed my life (god bless you dear Matt) and now, riding my bike feels like sitting on a couch.
I should say that for the previous month or so I was not so happy with my dear Bella. Yes, every bike should have a name- and mine is Bella…. If you fell this is nutty- please hold your tongue. Silence is golden and shine on immediately.

But Bella and I worked out our issues as I spent almost 3 hours at a physiotherapist/bike fitter 10 days ago. Now Bella is perfection.

My love for Bella also stems from the fact that as I write this- I am watching the final stages of the ultimate bike race…. The Tour de France.

Yes, my girlfriends, I have spent the last 21 days watching men with 1% body fat ride through France and England for glory and greatness and the pursuit of a yellow jersey. The Tour de France ended on Sunday and there I was in my living room watching the “boys on the bikes” ride around Paris on the last leg of the race. Sweat streamed down their faces as tears flowed across mine.

Yes, I was crying. I should say that watching certain sporting events of an International scale makes me get a little “wellie”. I am dry eyed during any commercial football, hockey or baseball match. Put me in front of any Olympic event and I lose my emotional shit, so to speak. Yes, I am fine at the world series but I am reduced to sobs at Olympic curling. It makes no sense.

So there I was sobbing with joy as the boys from Astana Cycling drank champagne on their bikes going 45km/h riding into Paris on the last leg of the 3000 km stage race.

And it dawned on me that in those moments I identified with these men on wheels. You see I too am a cyclist. No, I can not hit speeds of 50km/h while riding up the side of a mountain and yes I would pass any drug test you gave me- but somehow- these boys on the bikes and I were one in those moments as my television tuned to the Australian broadcast of the Tour and my heart tuned to the spinning of the wheels.

And then, I fell in love with the Tour.

And so for the last 3 weeks I’ve spent most evenings watching the previous day’s race (thank you PVR). I would come home from my own day on my bicycle and turn on the Tour, make dinner, do paperwork, laundry, dishes…. All with the whir of the wheels and the Australian commentator’s voice in the background.

It was quit meditative, relaxing if you will.

Here I was a girl in Canada cheering for a bunch of International men in Europe
And then it hit me- cycling really is a sport that ignites a primordial connection in us all.

As anyone knows- cycling has seen its fair share of controversy. The sport has been tainted with doping scandals that have questioned the legitimacy of the riders’ abilities.

I have mixed feelings about all of it. Yes, doping IS cheating. But as a scientist- I know full well that even with the best drugs on board riding through the French Alps at 50 km/h is no small feat. Make no mistake- I’m not a fan of doping but I don’t think it cancels out all of the hard work and training that goes in to making a world class rider.

I do believe despite the controversy in cycling that there is a purity of the sport. A bike brings out the best in all of us.

The health benefits of cycling are pretty impressive. As someone who commutes to work every day- the ride indeed takes less time than the drive. A recent study out of Stanford University took almost 100 sedentary insomniacs and asked them to ride a bicycle for 20-30 minutes every other day. The result was that their time to fall asleep was reduced by half and their time asleep increased by an hour. This could be because riding outside exposes you to sunlight- which may prime your circadian rhythms further.

Let’s not ignore the fact that exercise of any kind improves memory, cardiovascular fitness and reduces the risk of heart disease, diabetes and cancer.

King’s College London compared over 2,400 identical twins and found those who did the equivalent of just three 45-minute rides a week were nine years ‘biologically younger’ even after discounting other inﬂuences, such as body mass index (BMI) and smoking.

And then there is that primordial connection that riding a bike brings.

A bike was our first real gift. As a kid all you wanted for your birthday or for Christmas was a bike. The person who bought you your first bike was one of the most important people in your lives. And once you had your bike- it was your first real sense of freedom.

You pain stakingly learned to ride a bike under the watchful guidance of someone who loved you. Learning to ride a bike takes patience an perseverance; two skills that would serve you well for the rest of your life.

Your bike was your ticket to the world beyond your neighbourhood. Your bike was your first real item that you owned. You locked your bike up at night to protect YOUR property. Your bike belonged to you. My sweaters were once my sisters- my baseball glove was once hers as well.

But my perfect pink Schwinn with the banana seat and handle bar streamers was MINE. ALL MINE. Every bike I have owned since must measure up to that frame of reference.

And when I learned to ride her without the training wheels and without my father’s supervising eye- I knew I had arrived.

And so here I sit many years later with 3 (yes, I have a cycling abuse problem) bicycles parked safely downstairs in our bike room. Back from a ride and a visit to my youth, to my sense of freedom- to my happy place.

I am watching the boys on the bikes make their last laps through the cobblestone streets of Paris and a part of me knows that they too feel the connection to the little boy with training wheels and that first sense of freedom.

And as the tears stream down my face I am reminded that some of the best things in the life- health and otherwise can happen on the seat of a bike.
Posted by Girlfriend's Guide to Health at 7:40 AM