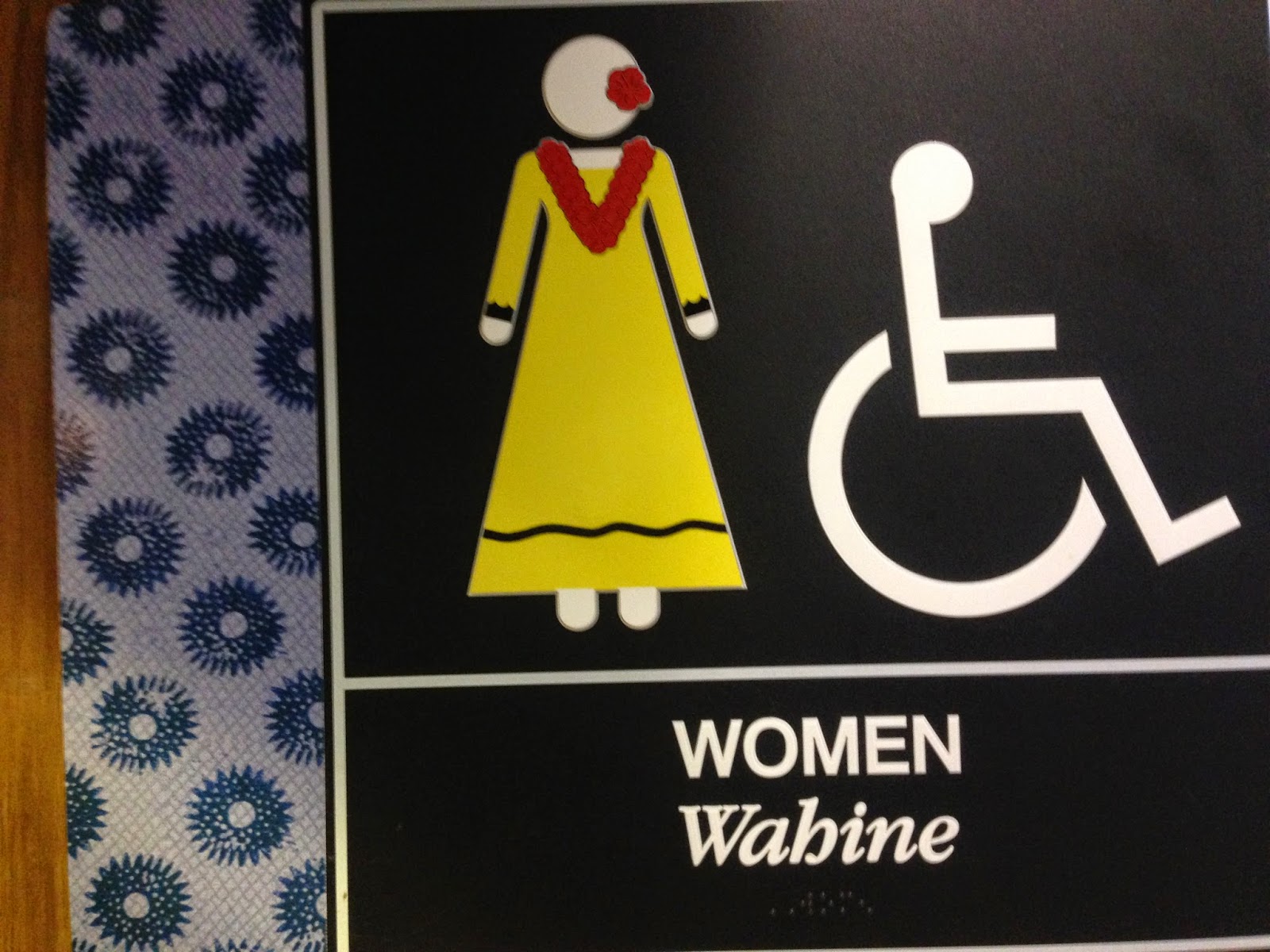 Fun fact sweet sisters…. You cannot buy chewing gum at the Honolulu airport. They do indeed sell Wasabi flavoured Macadamian nuts should you be so inclined but juicy fruit is not on the menu. Feel free to peruse the aisles of Mont Blanc fountain pens, Tom Ford sunglasses and all things Marc Jacobs. A fresh orchid Leigh is yours for the taking as are two whole pineapples packed and ready for transport ($36 gets you the two pineapples and a pineapple cutter) but if you want gum you will go wanting.

There I was on line at HNL with my 1 litre of bottled water and Sunday NY Times ready for take-off shall we say when I hit the till and looked down for the requisite bubble gum to keep my mouth busy and my Eustachian tubes open. Amidst the Mentos and the M&M’s there it wasn’t…. chewing gum.

“ Excuse me,” I asked the salesclerk, “where’s the chewing gum?”
She smiled and responded, “We don’t sell gum at the airport.”
“Why not?” I inquired, immediately wondering if gum fell into a liquid or gel category that I was not aware of. Could gum have crossed over into a new dark side?
“Because maintenance objected- it was too much work.”

My lovely and informed salesclerk went on to tell me that they stopped selling chewing gum at HNL about “10 years ago” after the maintenance crew at the airport found that they were spending too much time and money cleaning gum of the airport’s surfaces.

There I was in the middle of the airport imagining the great chewing gum debacle of 2004.  Picture it- entire airport was riddled with multicoloured hardened gobs of Hubba Bubba and Bazooka left in unforeseen locations all over the airport each still stamped with bite marks of tourists gone by. It was an international rainbow fest of dental dam proportions.

Think about it for a moment…. Maintenance found the scourge of chewing gum such an issue at the Honolulu airport so as to ban together and shut down its sales. How bad could it have gotten? How powerful is maintenance? How much work IS gum?

Are tourists to Hawaii really such savages that they leave their half chewed gum strewn about the airport; hidden under airport benches and behind water fountains like little dental treasures?

These questions swirled through my head along with one more…. I wondered what I would do on a 6-hour flight across the Pacific with nothing to prevent my eardrums from backing up mid flight?

I should say that I’m not a big “gum chewer” to begin with. This is because I tend to swallow it. Yes… I swallow gum. As a child I was warned on many a schoolyard that said gum would indeed stay in my system for 7 years. In fact as I grew older the amount of time said gum would take to pass through my intestines tended to shift… last count I heard was something like 6 months.

Turns out my schoolmates were lying little assholes.

Leave it to science and my medical training to save the day once more. Think about it logically for a moment? I’ve had a couple colonoscopies in my life and I’ve seen over 50 of them. Never once did I spot any gum. That is easily 52 occasions when at least one person must have had a Chicklet in the last 5 years or so…. And so no, gum does not stay in the body longer than any other food.

In fact according to your standard medical textbook gum is partially digested (the sugars in it that is) and the rest of it passes through the digestive system in much the same way any waste does.

Indeed chewing gum has been around for thousands of years. Archeologists in Europe found teeth marks in birch bark tar that date back to the Mesolithic Era of the Stone Age. Native Americans from as early as two thousand years ago chewed balls of plant material called “quids”, according to researchers who’ve studied the Western Basketmakers of the South-Western USA.

Whose idea was it to bring this ancient material to a modern day flying machine?

According the CDC a blocked ear during flight or “airplane ear” is caused by blockages in the Eustachian tube in your inner ear. The Eustachian tube links your middle ear with the back of your throat and the environment outside. This is essentially a tube that allows a communication between the inner air and the outside world- it allows for pressures to equalize between the two.

Chewing gum can help equalize the pressure, relieving discomfort, although it’s not the gum itself that helps. The actions of chewing and swallowing use muscles around the Eustachian tube, potentially opening its internal exit at the back of your throat. Doing this allows air to move into or out of the Eustachian tube, helping to equalize pressure and easing both the stress on your inner ear and the associated discomfort. The equalizing of pressure causes the “popping” sound you hear when your ears “open up”.

Interestingly, an antihistamine can also prevent Eustachian tube blockage and prevent your ears from “blocking up”.
And so you can either chew gum or take drugs to prevent airplane ear?

Indeed my sisters you can. In life as in fashion its all about the options.

Do they sell Cold and Flu tabs and HNL airport? Yes, the most certainly do. And so, like a true scientist and a visionary I bought Nyquil at the Honolulu airport, took one and woke up in Vancouver with a blog in my head and my ears wide open.

Posted by Girlfriend's Guide to Health at 9:31 PM