Run for the Cause 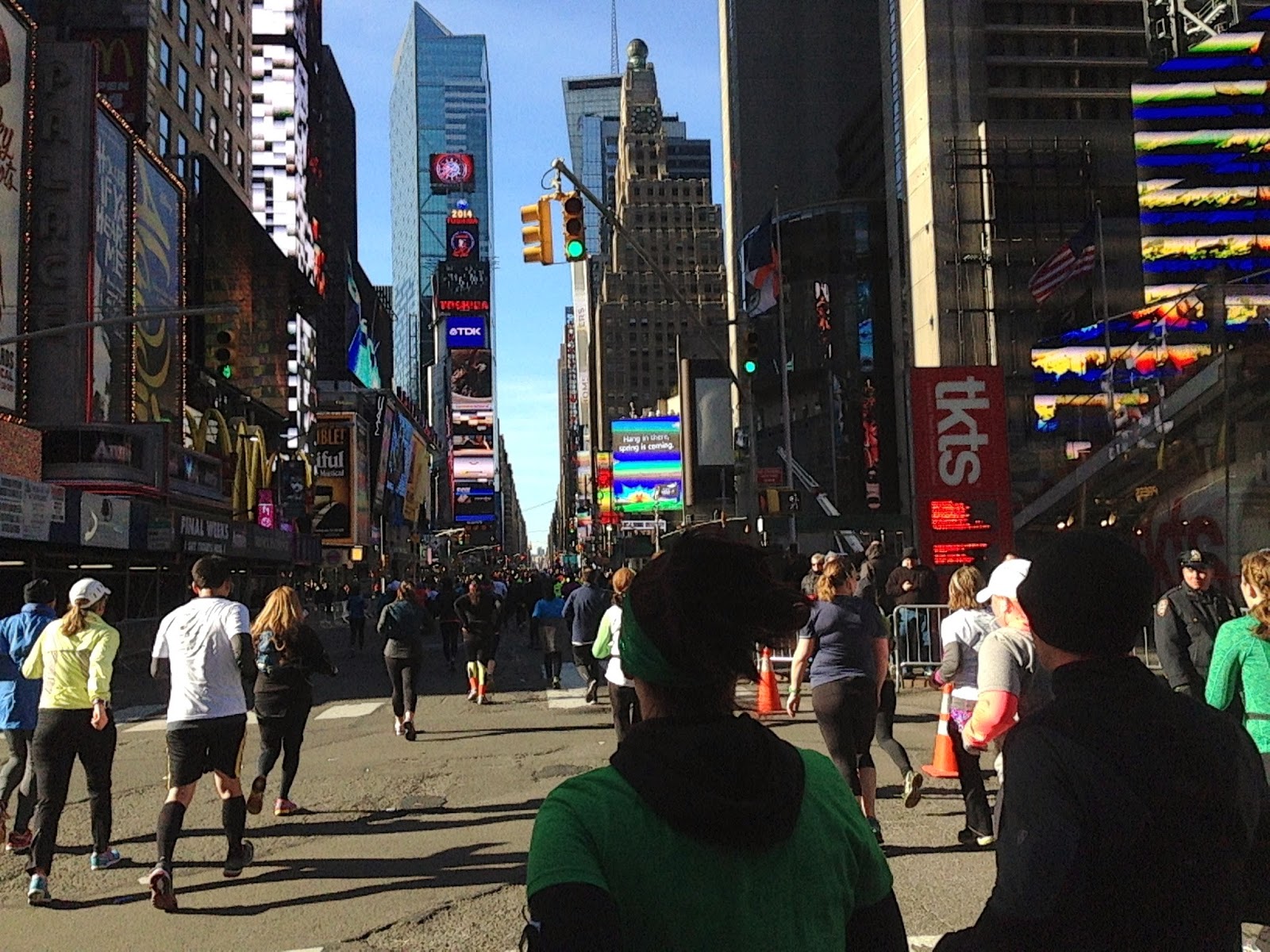 Good morning sweet sisters. Allow me to report on the weekend’s events. Yes, I had a date with my soul sister of a city…. Manhattan. It was indeed the NYC half marathon and I ran it for guts, glory and an excuse to buy the perfect pair of strappy sandals (spring IS coming and it waits for no girlfriend).

And so on Sunday I laced up my running shoes and joined 20,000 strong in Central Park for a 21.1km race through Manhattan.

I should tell you that it is not easy getting into the NYC half. There is a lottery through New York Road Runners and I am not one of those lucky people. When I was eight years old I won a ceramic plate at an elementary school tea/raffle. I have never won anything since. Silent auctions, lottery tickets, office pools…. I do indeed participate. The Goddess fails to deliver every time. Fret not, I am never disappointed. We make our own luck in life. I am never resentful of my loss at the table of chance. I am lucky in life, love and bargain shopping; Lotteries just aren’t my thing.

For this NYC half marathon I entered the lottery twice and was rebuffed both times. Understanding that in the case “no” was a suggestion,  I did the next best thing… I threw money at the problem. Yes, I paid my way into the NYC half marathon. Before you judge me, sisters of mercy- understand that I ran for charity.

Yes. Most races, especially the big ones have a charity program where indeed you can raise money for a specific charity and run for that cause. All major city marathons have it including NYC, Boston, London and Chicago. The NYC half has a charity program called “TEAM FOR KIDS”. The program is sponsored through NYC Road Runners and is a group of distance runners who raise money to provide running programs to underprivileged kids in NYC. The program sponsors over 200,000 kids per year in over 8000 schools in the city who would otherwise not have access to physical fitness and exercise.

In my mind- this was the perfect cause for me. Most people send out emails and raise funds for causes, as do I. In fact having road cross country for diabetes and done the RIDE TO CONQUER CANCER, I am no stranger for asking those I love to open their wallets and show me the money.

For whatever reason, this time I thought I would give my loved ones  reprieve and so I decided to make the full donation myself. For the price of a very great pair of Manolo’s I could sponsor  a group of kids in a running program.

Having come to running late in life and loving full on in my 40’s, I could not think of a better way to pay it forward than to support a program that introduces the sport to kids at an early age who otherwise would not have the means and opportunity. THAT and I would pay my way to run through Times Square on a sunny Sunday. This was indeed a Win-Win.

And so on Sunday with a TEAM FOR KIDS bib on my back and a racing bib on my chest, I lined up with 20,000 strong to run the streets of NYC. The race was perfection. After a loop through Central Park, you run up 7th avenue, through Times Square and along 42nd avenue. Then a turn onto the West Side Highway with a  view  of Lady liberty the entire way. The race ends just beyond Battery Park on Wall street. Indeed you run the city. This was a Big Apple Bus tour- without the Big Apple Bus.

And yes, at the end… there was brunch.

As my girlfriends know- give me brunch and I will run. It is the promise of guilt free carbohydrates at the end of the “no pain, no gain” rainbow that gets me through every time.

My race, dear sisters was indeed perfection. Fueled by a perfect weekend of fabulous NYC restaurants (you know who you are) and the ultimate girlfriends’ weekend I RAN FOR KIDS and for myself.

My iPhone had the ultimate NYC music mix and I was raring to go.

According to Running USA 467,000 people in the USA ran marathons for charity in 2009 raising approximately $1 billion dollars. A survey out of the UK shows that 5 million Britons ran for charity causes in 2013 raising on average 280 British pounds each.

The survey found that as many as one in seven people have taken part in a fun run of some kind in their lifetime and nearly one in four would like to run to raise money one day.

Did my NEED for the SPEED detract from my philanthropy?

I suspect there are those who would indeed argue that the only kid I really ran for was me. That being said, running is indeed a selfish sport by its nature. We run for ourselves. Each runner has a very personal experience along the road. Running is a lonely sport by nature.

And yet I would argue that running is one of those perfect sports where the one and the many collide. You see it is within the individuality of the sport that there is a shared collective. The race is personal but it is a shared experience regardless of where you finish along the course.

And so, yes, my sisters… this weekend I joined a collective of runners for charity and raised some funds for a very good cause. Would I do it again? Of course I would….

But more important than the RUN FOR KIDS movement was the fact that this little kid indeed grew up to be a runner. Selfish or not, charitable or chaste… the road lays before all of us.

Life really is a race, my sisters…. Get your best shoes of the moment on and hit the road…. You never know where the path will take you.

Posted by Girlfriend's Guide to Health at 8:34 AM