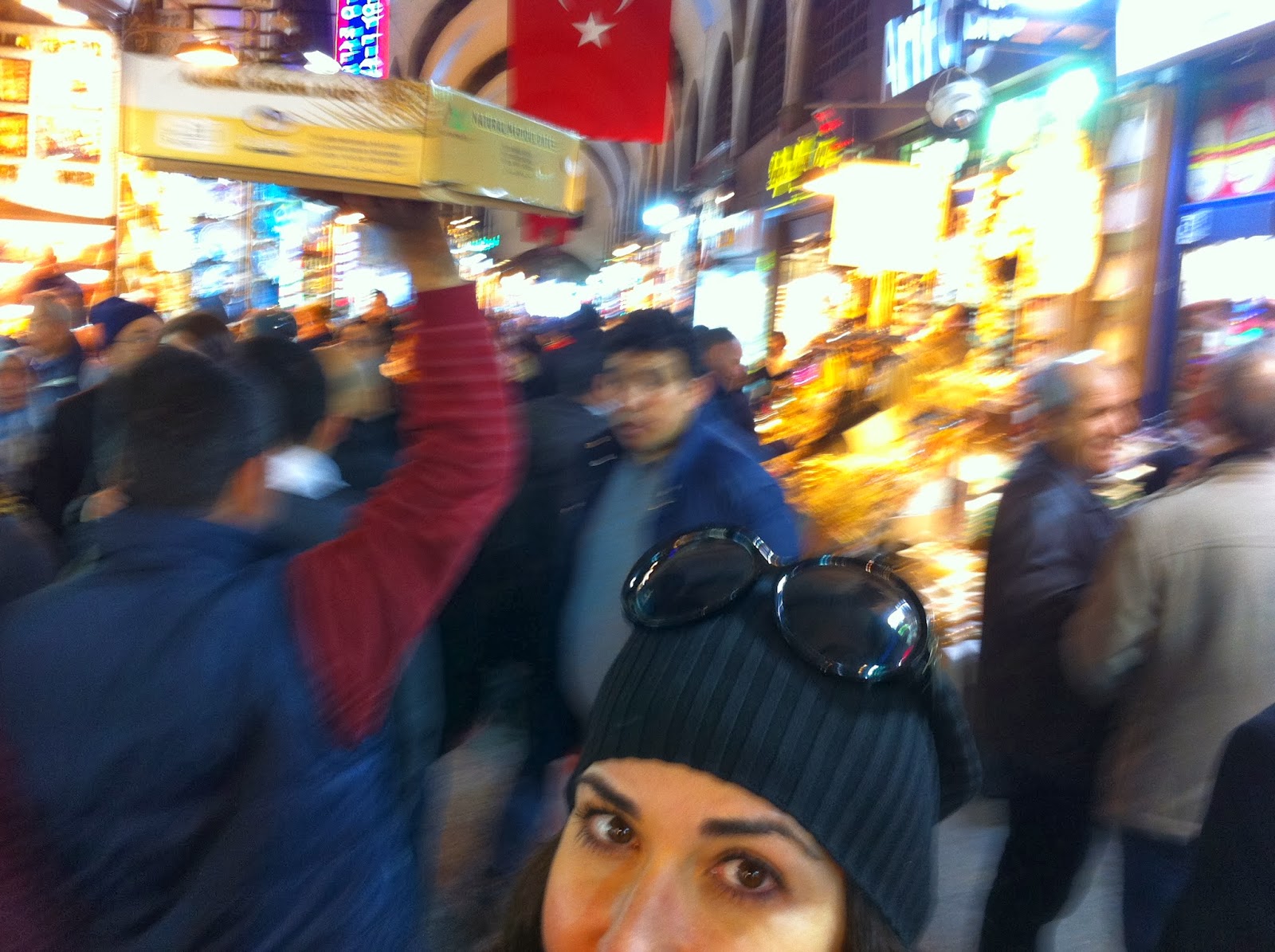 Sisters of mercy, hello from Istanbul. First things first, my Turkish sucks. Yes, I am that traveler who really does enjoy to learn a few words in the language of the country I am in. As a guest in another land, I always think it is polite to say “good Morning”, “please” or “thank you in my host nations’ native tongue.

I landed in Istanbul and had no clue. Thanks to Wikipedia and a free Internet connection at the airport and I was well on my way.

Having now been here for 5 days allow me to share with you my observations on one of the world’s great cities.

Istanbul is a city that spans Europe and Asia. It has been conquered by pretty much everyone. These two aspects of its history and geography give it the most unique of flavours. There is a blending of life’s rhythms that make it truly special.

Despite the mixes of culture, space and time, Istanbul in nothing but honest. It does not pretend to be anything other than itself. There is no assumption here. Many other cities talk about being “the Paris of the Middle East” or the “Vegas of Asia”. Not Istanbul. It is what it is and it does it quite perfectly.

My new love of Istanbul stems from a few unique features of this place. Allow me to elaborate:

First things first- they have a coffee named after them. Nothing garners my respect more for a country than when they ply me with good quality espresso. Turkish Coffee is espresso with mud. It is not for the faint at heart and it is awesome.

I am drinking Turkish coffee at any all opportunities. I have it for breakfast, lunch and dinner.

I’d have it for tea, but that is when I indeed have tea. Tea is also big here. Namely “tea time”. This happy experience happens at around 3 pm every day when the world stops for a good cup. Every hotel has high tea where literally a buffet of desserts are served along with the tea.

Turkey is known for its sweets.

Yes sugar is the devil but I am training for another race and I do love a country that puts sweets on display. They indeed are everywhere. From the bakeries in the old city to the stalls that sell Turkish Delight (it really is a homegrown candy here- and its pretty perfect) in the Spice Bazaar.

Istanbul is truly a walking city. Today my beloved and I made our way from Besikstas to Sultahnamet in the old city. We easily made our way through 15km on foot (my fitbit is out of batteries and my charger is back in Canada… shit)

Nothing makes you fall in love with a city more than when you walk it.

My love for Turkey extends to its concept of hospitality. This is a country that knows how to host… and they know how to host a woman who needs to keep running even though she is miles from home.

The Turks love a good gym.

Hotel gyms here are more of an experience than a place to get fit. Even city parks have workout equipment in them (think jungle gym meets bow flex).

But hotel gyms here are something else. We are not talking a small room with a treadmill and an elliptical.

Instead, hotels are usually stocked with 2000 square feet of a training facility that boasts at least two pools.

Turks are big on water. It’s big part of the culture. Turkish baths can be found in various parts of the city as public bath houses. Each hotel also has a hamam (Turkish bath) with 2 pools (one indoor, one outdoor) and yes, you can swim laps. Translation- when a bath is a part of your national pride- pools have got to be on the menu.

Yes I realize that this is my shallow summation of a city that is on a short list of ones where “the cradle of civilization began”. But this place and its wonders suit me just fine. I will no doubt elaborate on its details in future posts.

I realize to some I may have reduced this magic down to a few beverages and some fitness facilities but please do not misunderstand that my time here in Istanbul has indeed been one of reflection. I’m letting this place wash over me and now that my jet lag has officially settled I see things with a much clearer eye.

A moment on jet lag?

I spent the first 4 days here with a wicked case of it. Yes, I took melatonin and yes I took prescription sleeping aides. But alas, nothing chemical could fix the fact that my body was in Istanbul and my pineal gland was in Vancouver.
(yes, I was a science geek just there- I know- the pineal gland is the part of the brain that regulates circadian rhythms).

My pineal gland is an asshole. Two nights ago, it woke me up at 3 am. Not to pee but to be wide awake and watch television. At 2 in the afternoon, my pineal gland wants to go to sleep- no not a nap… but a full on change into your pajamas and call it a day sleep.

I have tried everything. Here I thought that I was well ahead of the game. I had done the research, I had slept 8 hours on the plane over here- I would be well beyond all this jet lag bullshit.

But sure enough my circadian rhythms were dancing to the beat of their own drum.

Light, dark, day, night…. My brain was a rebel and it was on its own time.

It is now 5 days later and I still want to nap at noon. I am comforted by the fact that by Friday I will have adapted nicely…. For my return flight home where, yes I will be screwed physiologically for another week.

Various remedies for alleviating jet lag have been proposed including certain foods, exposure to light and even the use of melatonin. Melatonin is chemical known as methoxyindole secreted by the pineal gland in the brain. It has been shown in animals to play a role in resynchronizing animals to a day and night cycle. It is thought to play a role in an animal’s ability to distinguish between night and day.

A study published in 1986 in the British Medical journal recruited seventeen healthy volunteers. (10 women and seven men aged 29-68) from the University of London. The subjects flew from London to San Francisco (eight time zones west), where they remained for 14 days so that they had adapted to local time before their return home. Before their flight half the subjects were randomized to placebo and half to melatonin. Subjects were “blinded” to whether they were taking melatonin or placebo.

For three days before their return flight the subjects took a daily dose of melatonin (5 mg in gelatin lactose) or placebo at 1800 (local time). On their return to Britain they continued taking the same preparation at 2200-2400 (local time) for a further four days.

The subjects were asked to rank their jet lag symptoms using a visual analogue scale which assigned a number to their degree of jet lag.

The study has been criticized as being a small trial but still it is a place to start.

I hate to be a hater- but I’m on 10mg of melatonin and my world was a physiological hell until this morning. Sure, I’ve read every New York Times Magazine from the past 15 weeks over the last 4 nights and yes, I’ve watched an entire season of Dracula on iTunes (don’t judge dear girlfriends, lest ye be judged), but the midday napping is starting to cramp my Turkish style.

And so I soldier on…. With Turkish coffee in tow and a lap pool in my hotel. Do not worry for me my sisters… I will be fine here in the cradle of civilization. After all, I’m in Europe and I can see Asia from hotel.
Posted by Girlfriend's Guide to Health at 8:47 AM