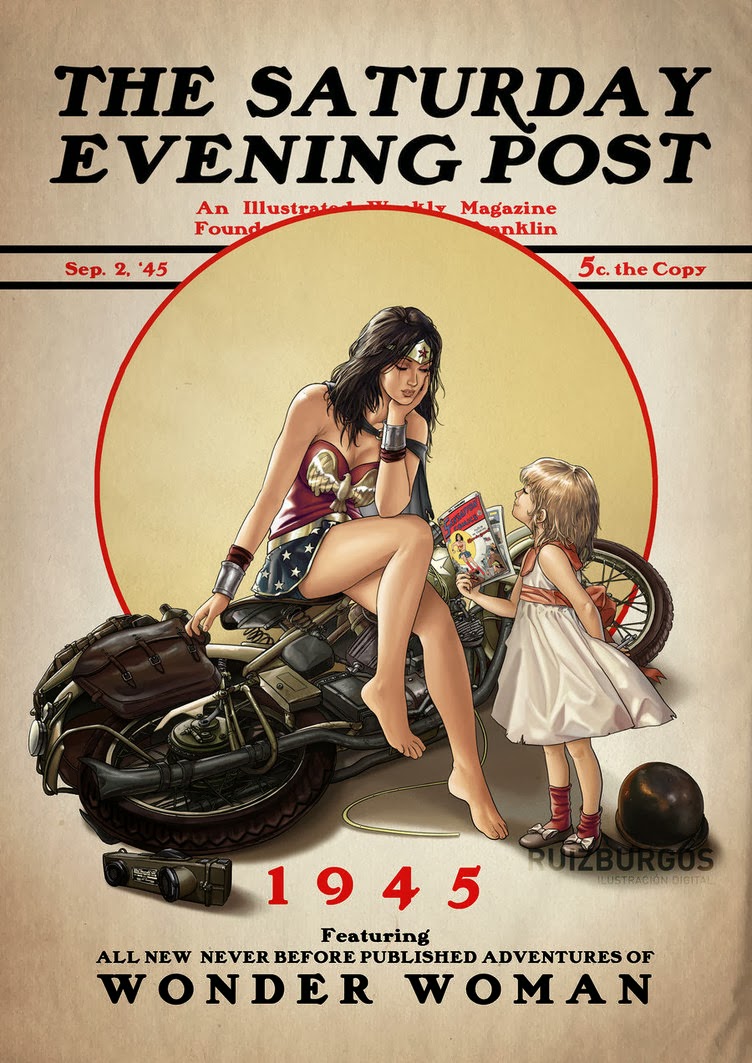 When I was a little girl, I thought Wonder Woman was pretty fabulous. In terms of superheroes, she really was blessed. Aside form the obvious; lasso of truth, fabulous headband, bracelets that had power, glass car and perfect body she just had that enviable trait kids of a certain age wish for…. She had charisma.

I could not imagine Wonder Woman ever having a bad day. You see in her wonder world- things seemed to just work themselves out. Actually that’s not entirely true. I’m sure there were times when a building burned down and she could not get to it in time and then there was the whole Superman funeral thing, but in the mind and imagination of my 8 year old self- Wonder Woman had it made.  Even her superhero name was perfect. She was a woman of wonder, a WONDER WOMAN and I wanted to be her.

Some kids wanted Barbie’s life. They envied her outfit changes and her flexible career choices. They wanted the life where you could be a doctor or a veterinarian or a hairdresser or a flight attendant and still drive a Malibu convertible and have a Malibu camper…. In pink. Not me. I always thought Barbie lacked depth. I understood the transparency of Barbie. Barbie was whoever you wanted her to be. She was a shell you filled with your own imagination.

But not my girl Wonder. The Woman had substance. She held her own in a sea of superheroes and she was who she was… not who you wanted her to be.

And so I spent the day thinking about the differences between Wonder Woman and Barbie and essentially how each would measure up in a fantasy football draft pick. In other words… who would win it all in a imaginary old school beauty pageant? I realize old school beauty pageants are frighteningly anti-feminist. Don’t’ give me that speech about how they are “scholarship programs”- I’m not getting into it with you. But let’s just say WW and Barbie had to compete in a Miss Universe- imagination edition- who would win?

Bathing Suit?
I have to give it to my woman, Wonder. Sure Barbie probably has dozens of bikinis to chose from but WW has the experience of working a lifetime in a bathing suit. Between that a sporting a gold bottom she has to take it home.

Talent?
Lasso of truth. No contest. Yes Barbie is a concert violinist but Superman’s girlfriend has to have some serious talent.

Final Question?
Sure Barbie could answer the whole save the world and help starving children but Wonder woman would actually already have that on her resume.

So there you have, sweet sisters of fortune. A head to head and heart to heart. Many of us want to be Barbie- who wouldn’t? The bitch had everything. But when it comes to real aspirations in life I can’t help but think that my eight-year-old self was a bit of a prophet. Sure enough I picked a winner…..

I realize this little imagination rant is out of left field today but I’ve been doing a bit of thinking about the heroes we have in our lives.

I realize now, as an adult fast approaching the “other half of life” that my heroes have not fundamentally changed since I was little. I still look for someone who inspires me to be better. I need a hero who does not reflect back to me the person I am but who instills in me a desire for the person I should be.

My heroes teach me to step outside who I am and be who I ought to be. I suppose that heroes really are the ultimate mentors in life. Most of us never get to meet our heroes and if we do, we certainly hope they don’t disappoint.

Now as I move through my life, I have realized that my heroes are my role models for an ideal code of conduct. I will likely never meet them (many are dead). In contrast I have acquired a new kind of hero…. A MENTOR. These are indeed real, live men and women whom I know and share some connection with. Mentors are more of a “hands on hero”. My mentors are people I will thank in person for shaping my life into what it ought to be.

SO this brings me to my point, and I do have one, why are not more of us mentors? I wonder if as a “Generation of ME” we forgot to actively shape, teach, and influence others along the way?

Wouldn’t it be great if every time you started something new in life you automatically got a mentor? New job? Here’s your new mentor. New kid? Well it comes with a mentor (and instructions for sleeping). Imagine the possibilities…. Wouldn’t it be fabulous?

Furthermore after you were mentored there would be some sort of “pay it back” program where you got to be a role model for someone else….

Maybe part of our problem as a society is that we forgot to share the wealth so to speak. Can we possibly be acting too much in our self-interest as to get lost along the way?

Hey, I don’t mean to be cynical here. It really is not my style. I don’t mean that we are all selfish territorial wanderers going forth into a world only on the take. But I do wonder if we might as a sisterhood put forward some safety nets these days in order to ensure that we do indeed pay it forward to the next generation.

I ‘m not suggesting I have a lot to teach some 10-year-old young woman. Who am I kidding; I have a shit load to teach her. My niece is 10 and she thinks I AM Wonder Woman. SO maybe that’s the trick, dear sisters (and my brothers too).

No science today, but instead take a moment and be a role model for someone else out there. Who knows? You might just get your own Lasso of truth someday soon.
Posted by Girlfriend's Guide to Health at 3:45 PM