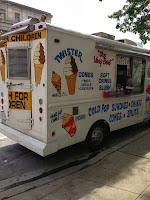 Heads up girlfriends and my good boys too, I’m living with a cookie monster. No, not the one you are thinking of. No disrespect to my old friends at Sesame Street, but my cookie monster is fare more high tech.

As some of my sisters know, my beloved works in video games. Incidentally he also plays with them. Many a night of my life has been spent sitting by his side as he shoots zombies or wages war on Afghan rebels via an electronic console and a very large television.

This began when we were dating, almost 20 years ago. The “it” video game at the time was called “MYST”. It was 1994 and I drove to half a dozen stores in a Winnipeg blizzard looking for a copy of the game. My car was a 1972 Plymouth Valiant, it was Minus 30 degrees and the heater was broken. All of the signs were there. I should have know back then the price you pay when you love a gamer.

Years passed and my love grew. I went from an enabling, enthusiastic girlfriend to a supportive wife. I listened patiently to the cries from our family computer while my beloved gamer played the latest and greatest.

Shouts of,
“I need a medic!”
“Requiescat in pace, you bastard”
And “Mario”
Filled my living room over the years.

Did I object to the floods of explosions, grunts and growls that invaded my living room? Not so much.

You see marriage is about loving someone else’s pursuits in addition to your own; it’s about finding room in your life for another’s joy.

And just as my beloved knows every character on Sex and the City, I too know the names of the greatest video game heroes ever. My life can accommodate Duke Nukem and Batman as much as it can handle Jimmy Choo and Manolo Blahnik.

Over the years I have found many ways to turn the other cheek in the name of love and the love of all things gamer. There indeed is a PS3 in our bedroom attached to a 52” screen. Make no mistake , the television was my idea- but the PS3 is my husband’s. Affectionately his user name for this console is “Jay in the bedroom” and yes, I think it’s charming.

Does he play video games in bed? Yes he does. Do I complain about the sound of zombies dying or Orks going to battle? No I do not.

Over the years we have developed an unspoken agreement. I can watch Survivor and Top Chef and any crappy reality television show I chose and he can be “Jay in the Bedroom”.
There was one night when at 2 am I awoke to the sounds of Call of Duty. My beloved had been playing with earphones so as not to disturb me when the batteries on said headphones went dead.

“What’s going on?” I called from a half sleep, woken to the sound of a war zone in my bedroom.
“Shh…” Jason comforted me, “you’re dreaming. GO back to sleep”.

But overall, your avatar is unique and real and something you grow accustomed to as if it had been with you all along.

I myself have only played one real video game in my 42 years on the planet. Sure, I was a child of the PacMan era and yes, I know my way around a Space Invaders but truthfully my only video game on record is Ratchet and Crank. It may even be called Ratchet and Clank- I never can get it right. It too me about a month to finish and I had to set the oven timer for 1 hour increments so as not to get lost playing the game for days on end.

That being said, I am capable of discussing in great detail any of the following video games:

Candy Crush
Duke Nuken
Company of Heroes
Bio Shock
Bio Shock Infinite
Batman: Arkam City
The Last of Us
Portal
Far Cry
Uncharted
The Legend of Zelda
Mass Effect 1, 2 and 3
Half Life 1 and 2
World of Warcraft
Anything SuperMario
Call of Duty
Halo
Assains Creed
and the list goes on.

I was perfectly happy living a symbiotic video game existence of this nature for years to come. That was until Cookie Clicker came on the radar.

Now, I have not played Cookie Clicker and this is by no means an endorsement. My beloved spent 3 days extolling its virtue. My understanding of this game is that indeed the goal is to make as many cookies as possible. Cookies are made by clicking the mouse button repeatedly. You can then even outsource cookie making to “Grandmas” Whom you hire to do your cookie baking bidding for you while you, say, go a for a walk with your incredibly magical wife. There's also something about cats making milk but I must admit that while Jay was explaining this bit to me, I got a little creeped out and just shut off. Cats making milk? That's just weird.

Cookie Clicker is like the baked goods version of Candy Crush. I have not played Candy Crush, either but I am aware that it is indeed the technical version or crystal meth. I am told by those “on the other side” that indeed once you get hooked on Candy Crush- you are pretty much done for. I even went so far as to warn a friend against Candy Crush activities. Sure I was meddling but indeed she was a doctor with a full time practice and two kids at home. Her life was full enough already; she had no time for a video game addiction.

I myself had never considered my beloved a VGA (Video game addict). He always used enthusiastically but responsibly. There was indeed a time and a place for Unchartered 1, 2 and 3.

So imagine my joy when last Sunday morning I was awoken to the sound of a mouse clicking; not once or twice but at a rate of 120 clicks per minute. Yes, the boy had gone mad….. Mad for cookies and I was now along for the ride.

Make no mistake my sisters- I can handle the odd moment listening to the merits of RTS (real time strategy) or FPS (First person shooter). I can wax poetic and hold his hand and be ever so supportive while he escape from a South American drug lord or asks me to guess how much Rock Star Games made in its opening week of Grand Theft Auto 5.

But I do indeed draw the line at rabid clicking on a Sunday morning.

And so my beloved and I had our first video game fight.

“Click it again and I’ll break your mouse pad” I threatened from behind the pillow.
“Huh?” he asked innocently.
“You heard me,” I growled.
“But sweetie- it's Cookie Clicker. I've gotten millions of cookies. I’ve got grandmas working for me in factories around the world. They need me.”

My husband had turned from a sweet prince of peace to a crazed Cookie Slum Lord with international chocolate chip cartel ties to baked goods. He had factories and seniors as slaves and had subverted several labour laws by my count. This had to end.

“Today is Sunday. You have until Thursday to get this shit out of your system.” I announced, “now go downstairs and click your empire. The bedroom is off limits.”

And there it was.

The researchers showed that the percentage of pathological youth gamers in Singapore was similar to other recent video game addiction studies in other countries, including the United States (8.5 percent), China (10.3 percent), Australia (8.0 percent), Germany (11.9 percent) and Taiwan (7.5 percent).

Video Game addiction has been defined as excessive and/or compulsive gaming behaviour. The subject typically needs continued gaming in order to function and becomes irritable or withdrawn when not gaming. Accompanied with this is social isolation as a result of video game play.

In May, 2013, The Fifth version Diagnostic and Statistical Manual of Mental Disorders known as the DSM-5 included INTERNET GAMING DISORDER as a new condition requiring further study.

Further studies have shown that certain repetitive play increases blood flow to addiction centres in the brain on PET scans of young adults.

Does my beloved fall into this category? Hell no, my sisters. Settle down. In a world where we often indeed rush to diagnose I will refrain here and now. Sure the boy loves his games but indeed he is not an addict. Does he have a temporary fix on Cookie Clicker? Hell yes. But indeed I’ve given him until Thursday and then like any sympathetic supportive wife…. I am shutting that shit off.

Posted by Girlfriend's Guide to Health at 7:49 PM