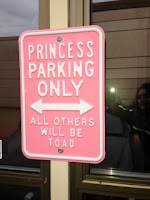 A Good Tuesday to all my sisters. How yah been? How’s the week going? Anything new to report?

Enough with the questions but o understand that I am interested in your point of view. Speaking of which, I do have news.

Just this past week I spent some time on a couch filming with a fellow sister who is working on a  project about inspiring women. Your’s truly was a such girlfriend.

Let me set the scene. The project which is called “A Little Fix” is a web series featuring interviews with women who have something to say and something to teach. My understanding is that this project is based on the idea that when two women sit down for a conversation; an exchange of ideas, they indeed can inspire other women.

So there I was the subject of such a conversation.  My new sister, Emily, (I don’t think she’ll mind) sat me down on a fabulous set in Gastown and asked me all sorts of girl to girl questions about what makes me tick. Perfectly in synch with my mode of action, I spilled it.

As my sisters know- I do love to chat and when faced with a good question, I do love a good answer. And so Emily and I had a lovely afternoon chat over sparkling water and by camera light about such issues as:
Is Feminism a good or bad word?
What’s it like to be Childless by Choice?
How does one turn Multitasking into an art form?
Where do people find Inspiration?
Why are women so judgmental of other women?

The course of our conversation did indeed run smooth as we joked about our everyday including:
Why some people sweat more than others?
What’s it like to be profoundly honest about everything in one’s life?
How do you navigate being very straightforward with people without coming off too bitchy? (answer: you don’t. People often think you are a bitch…. You just learn when to apologize for it)

I left our meeting with a mind full of ideas about what defines us as women and what we want for ourselves and our species.

You see my sisters- sometimes being a girl really can be a emotional mine field. Make no mistake- I love being a woman. Never mind the footwear and clothing, I love being unexpected at every turn. I relish in being highly underestimated one moment and truly overvalued the next.

I relish in a world that constantly asks me to define myself on a the basis that I have a uterus and am not afraid to use it. I’m serious- this is not just the wit and the estrogen talking.

But there are those times when the double X chromosome job can sometimes be a bit of cluster-fuck can’t it? If we chose work over home life we’re heartless male wanna-be’s. If we stay at home and raise our children, we have failed to live up to our potential. If we try and do both…. We suck.

As women we rejoice in the sisterhood when it suits our own self worth. We are constantly looking outside ourselves for a relative validation form those around us. Women as a rule use other women as points of care for our own life stories. We evaluate our own self worth based on what we see out the window and not what is really in the mirror.

I could not help but think after my moment in the spotlight how all too often as women we define ourselves by what we see around us relative to ourselves and not by who we really are and what we really want.

Where does this relative thinking come from; this reflective needs assessment, if you will?

When did women place so much stock in the opinions of the many over the value of the one?

The point is that often our own perception of ourselves make these definitions or judgements in the first place. I think that we as a sisterhood all too often reflect back from others the attitudes of ourselves. We see women not having children and make a judgement call about our own childless choice. We see a stay at home Mom and wonder about our own choice to work and have child-care. We make dinner and envy those with the means to outsource food prep. We feel the need to secretly defend our life choices- from shoe purchase to cleaning lady to job satisfaction all in an attempt to please an imaginary status quo.

When did it become mainstream for women to care so much about what others think at the expense of their own self worth?

I sit each day with brave (men) and women of all shapes and sizes trying my best to help them be more in a world that often insists that they don’t measure up. There comes a time in every day when I wish beyond wishing that I could somehow transplant in them a sense of well being…. A moment of “Good enough”. If only we could put on self confidence like we do perfume- spraying it at will to help cover up the smell of the everyday.

I’ve thought about this for a while now. You see I really believe that my parents raised me with an unordinary sense of self esteem. I mean- I grew up to believe that I really could do anything. Now so many years later- I live everyday with a man who really does believe I am a superhero. That kind of faith really can empower a person.

I have no doubt that there are studies that support the concept that if you want a little girl to grow up into a strong self actualized woman- you should tell her everyday how fabulous she is and highlight for her the depth of her skill set.

My Mom and Dad did just that. And when I moved away, I built a life with a man who every morning walks me through the Vancouver West End and builds up my ego for another day of battle.

I can’t help but wonder what the world would be like if we all had someone in our lives who tells us everyday how special we are. I wonder how that will translate over days and months as we slowly turn those words into actions and actions into our own belief system. How, if over time we eventually KNEW that we indeed were something else….what would the world look like if little girls everywhere grew up to be women who in turn became their OWN role models- no longer in need of an external measuring stick to actualize their own self worth?

Would we cure cancer and achieve world peace or would there just be an army of estrogen to contend with? Is this what the founders of feminism had in mind when they sat down years ago in the hopes of setting me and my sisters free?

Modern feminism is historically divided into three waves. First wave feminism began in the 18th and 19th centuries and continued into the early 1900’s and focused on the legal inequalities including the Suffragettes.

Some feminist historians say  first wave feminism began in 1789 during the French Revolution with the women who led the March on Versailles. Others say it began in Sweden in 1718 when tax paying women were given the right to vote. Much of the suffragette movement focused on the legal rights of women regarding voting and taxes.

Women received the vote in Denmark and Iceland in 1915 (full in 1919), the USSR in 1917, Austria, Germany and Canada in 1918, and many countries including the Netherlands in 1919, Turkey and South Africa in 1930. French women did not receive the vote till 1945. WTF France? Liechtenstein was one of the last countries, in 1984. VERY small country…. Enough said. (who knew there was small country syndrome?)

Second wave feminism is thought to have occurred between the 1960’s and 1980’s and is what my generation would classically call Feminism. (back then it was indeed CAPITALIZED)

This wave broadened the debate of women’s right to include gender inequalities, gender norms and the role of women in society. Here is where we talked issues like abortion, equal pay and a woman’s role in the home and society.

It’s interesting to review feminist’s history. There are definitely some iconic women who indeed stand out. From  Simone de Beauvier to Margaret Sanger to Betty Friedan to Gloria Steinem to Audre Lorde- my life is gifted by the struggles of some pretty pioneering sisters before me. These are women whose voices rang true so that mine could indeed be heard.

So excuse me my sisters if this week is more of a philosophical sonnet than a scientific rant. I could not help myself but to ponder the female mystique and see what came out the other side. Not happy with my feminine philosophies? Blame my second X chromosome…. That bitch made me do it.

Posted by Girlfriend's Guide to Health at 3:30 AM