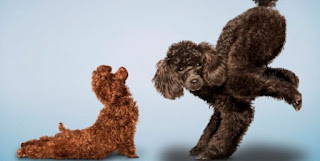 I should preface this week’s fashionably medical rant by stating up front that I am not a bendy person. Yes, sure I’m pretty flexible and can of course touch my toes. In a pinch, I can balance on one leg and do up a strappy sandal. I have been known to “stretch it out” from time to time after a long run or a very long bicycle ride when my ass is screaming and we are out of pharmaceutical muscle relaxants.

But all of that aside- I am not bendy. This is my politically correct code phrase for saying that I do indeed HATE Yoga. Now, I realize hate is a strong word. Hate is reserved for political regimes that oppress the freedoms of others such as I hate dictatorships or I hate North Korea- No offense really to my cyber sisters in North Korea- not that you are able to read this but heads up- your government is a bit of a bully.

Hate is a word reserved for life threatening and soul crushing diseases- such as I hate Cancer or Diabetes or Heart Disease. or I hate my addiction to expensive footwear. (Heads up- I am learning to accept this last ailment for what it is and to use it to my advantage).

Hate is best relegated to describe severe opinions of the evil in the world around us. I hate Fox News (I’m a socialist, can’t help it) I hate Dr. Oz- sorry girlfriends- he’s a hack who needs to be tempered once a for all.

Then there is the hate for the trivial in our lives, such as my hate towards stirrup pants and lipsticks that have gone bad- the ones that leave a bad aftertaste and an undesirable smell. There is my hate for telemarketers who call my cell and leave a recorded message telling me I’ve been entered to win a cruise (I don’t even like cruises,  but I don’t hate them). Worse still there are the people who stand in airports on behalf of a credit card company and harass me to enroll as I am running for my flight.

Hate like love has its levels. There’s the big bad serious hate and the little annoyances. And then there is my hate for Yoga.

I should say that I really want to like Yoga. I live in downtown Vancouver. Here, Yoga is a religion. Yoga is like the popular girl in high school who has beautiful blond straight hair, gets good grades and is, I am sure really nice. She’s a sweet sister and if I got to know her, I’m sure we’d be friends. But on the surface- Yoga is bitch. There’s too much to learn and not enough of a payback.

I have been to one Yoga class in my life. This was some years ago when I first moved here and yes, I caved to peer pressure and decided to see what all the fuss was about. I wore my requisite LULULEMON pants and I did not bring my own mat. As someone who feels flip flops should only be worn at the pool/beach or in the shower- I wore running shoes to the studio, just in case the class went terribly wrong and I had to high tail it out of there.

I arrived at the studio  20 minutes before my class. The woman took my particulars and made me fill out a health questionnaire. On it I was asked about my past medical history and any previous medications. I like a true know it all left the sheet blank. I put the name and number for my IN CASE OF EMERGENCY contact, should my downward dog result in a syncopal (fainting) episode and I asked to borrow a mat.

The woman offered me a cup of Jasmine Green Matcha something with orchids and lavender for calm, handed me a purple mat in exchange for a $5 rental fee and showed me to my class.

The room was dim and it smelled like an arm pit. No, not the lovely smelling armpits that are smothered in garden fresh or apple flavoured deodorant. The room smelled like a bad body crevasse. It was the kind of smell where you get a whiff and think “who mixed urine and ammonia together and let it sit for a while?” There was some weird music playing, to get us in the mood. Newsflash- I was there for a good stretch- and a sweat. Firstly if I was in the mood- it would not be for some Sun-Moon Frey bullshit tunes and secondly- I was NOT in the mood.

Twenty minutes into my yoga class and I was full on into the monkey cage phenomenon. I could not even tell you that my matt smelled like ass- I was far to focused on getting my sun salutations down pat.

Turns out my biggest problems with yoga rest in the following issues:
1.     I am terrible at following orders in a work out class. As someone who came late in life to fitness- I like my independence. I know the yoga teacher is trying to be of service but Greta (my yoga teacher) was just too bossy. Bitch also had it in for me. My bends were never low enough and my downward dog was downright bad. Something about the hip placement.
30 minutes into the class and I was stressed out about the next move.

2.     I don’t like chat during stretching. Give me some wicked music and I am all there. Let’s do that. Let’s hold a class where we play rock and roll and stretch it out. We will call it ANGRY Yoga. It will be for men and women with rage issues and it will take the hath community by storm.
3.     The whole thing is just not my scene. I’m a runner, I’m a cyclist. I’m not a stretcher.
So when a recent study presented at the American Society of Hypertension showed that Hath Yoga in deed lowered blood pressure in patients , I decided my trash talk need to be tempered.

In an attempt to address the benefits of yoga a little more scientifically, the researchers based out of Philadelphia, conducted a randomized clinical trial, with 120 subjects randomized to one of three treatment groups. The three arms included hatha yoga two to three times per week for 24 weeks, a supervised diet/weight-reduction program that included walking, and a combination program that included some yoga and the dietary intervention. The patients were 50 years of age, on average, and had a baseline systolic blood pressure of 134 mm Hg.
Presenting the results of 58 subjects who have completed the study to date, the researchers report that the yoga program significantly reduced systolic blood pressure to 129 mm Hg at 12 weeks and 130 mm Hg at 24 weeks. Diastolic blood pressure was also significantly reduced 2 to 3 mm Hg, as well. In the diet/walking and yoga/dietary intervention groups, there was no significant reduction in blood pressure from baseline.

The most profound thing about the study is that it is not a drug effect and although it is not a huge effect- it is still significant. The results show that these Hatha classes reduce blood pressure by 3-6mmHg. So perhaps a good stretch is not off the table after all.

AS for my first brush with Hatha Yoga? I left early. I spent 30 minutes trying it out a realized it just want not my thing. Don’t judge my girlfriends- we all have out own path in life. I ride and I run like a crazy person and keep my blood pressure down. Some of you attend the Hath class down the corner ( and if you do- bring your own matt) and it turns out your getting some benefit.

That’s the beauty of us my dear girlfriends. From Closed toed pumps to an open toe Dorsay- we all can find our own path in life. Keep moving and keep bending and heads up my sisters- stop once in a while, a remember to give it a good stretch.
Posted by Girlfriend's Guide to Health at 3:00 AM