Measuring my life in coffee cups 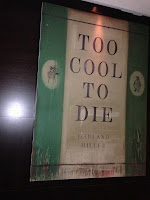 Life is about the numbers….

The first question we ask a toddler is… “How old are you?”
(Well that and “Sweetie, can you get your little dirty fingers off Mommy’s friend’s Prada bag?)

At work, I’m often asked about the numbers…

How long will I have to take this medication?
How high is my cholesterol?
How much weight did I lose?

How many pairs of black patent pumps does a woman need?

How many eggs could I sell to pay for the new fall lines?

Then there are the questions of my patterns of behaviour.

How many hours of sleep do I get a night?

How many cups of coffee do I drink in a day?

Truth is we all deserve some answers.

A woman’s right to shoes knows no bounds. A pair of black patent pumps is the fashion equivalent to knowledge. … Keep searching and the universe will provide.

I do get 8 hours of sleep a night and I drink 3 shots of espresso every morning and two cups of coffee throughout the day.

I am told I drink too much coffee. This is often by people who don’t drink coffee and like to pass judgment.

Back in the 1970’s there were studies that suggested an increased risk of heart attacks among coffee drinkers. But the debate in the literature was never clear…

Remember my cybersisters…. The 70’s were the era when smoking was encouraged and spandex was king.

In response, researchers at the Harvard School of Public Health decided to look at coffee consumption, heart disease and stroke risk among more than 45,000 healthy men enrolled in the school's ongoing Health Professionals Follow-Up Study. Their analysis, published in the New England Journal of Medicine in 1990, found that coffee drinking had no effect on the men's risk of heart attack or stroke.

Results from an even larger study of coffee drinking and stroke risk were published in the journal Circulation in 2009: Among the 83,000 women enrolled in Harvard's ongoing Nurses' Health Study, those who drank two to four cups of coffee a day had a 19% to 20% lower risk of stroke than women who drank less than one cup a month.

A further meta-analysis in the New England Journal of Medicine in May, 2012 showed that coffee indeed does lower cardiovascular risk. During 5,148,760 person-years of follow-up between 1995 and 2008, a total of 33,731 men and 18,784 women died. In age-adjusted models, the risk of death was increased among coffee drinkers.

However, coffee drinkers were also more likely to smoke, and, after adjustment for tobacco-smoking status and other potential risk factors, there was a significant inverse association between coffee consumption and mortality. IN other words- drinking coffee improved the risk of death (insert yippee here). Adjusted hazard ratios for death among men who drank coffee as compared with those who did not were as follows: 1% reduction for drinking less than 1 cup per day, 6% reduction for 1 cup, 10% reduction for 2 or 3 cups, 12% reduction for 4 or 5 cups per day.

SO yes… my girlfriends…. It is about the numbers.

I’m a 42-year-old woman with far too many shoes. I brush my teeth twice a day. I have 4 credit cards, 2 dogs and never enough Prada handbags.

But as far as my coffee consumption? I’m just right…
Posted by Girlfriend's Guide to Health at 8:50 PM