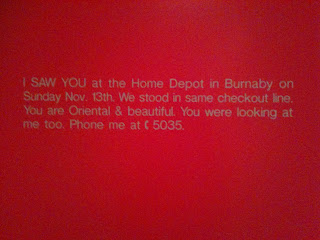 We sprung ahead this past Sunday as I am sure you are all aware. This year I must say that Daylight Savings (DLS)- well she kicked my ass. You see I spent the weekend in Toronto  mixing business and pleasure and my internal clock was already off kilter from the three hour time change.

Rest assured it was a fabulous weekend. It was my best friends 29th birthday (again) and we welcomed the day with festivities abound. I should say that not only is she the ultimate soul sister- she has two daughters, my nieces, ages 6 and 10 who really are the apples of my eyes.

We began the weekend in celebration. Tea at the Four Seasons hotel (truthfully they no longer have high tea at the Toronto Four Seasons- fret not my sisters- we ordered coffee and cheese plates and definitely made due), This was followed by a trip down Bloor street and stops at all of my happy places. My girlfriends know how Good a shopper I can be- safe to say that this weekend I indeed did play to my strengths.

The evening was capped off by dinner with fabulous friends and then back home to bed to set my clock forward and begin another day. I had plans for Sunday my sisters…. I would go for a run and then spend the afternoon teaching my nieces how to bake an apple pie. Yes, we made the crust from scratch and yes it was perfection. The day indeed slipped away from me (damn you DLS!) but it was indeed capped up by a good round of dressup. It turns out that if you put a 10 year old in a Lanvin dress she feels as good as the 42 year old who bought it. Nothing is more life affirming than two little girls who think you are a cross between Wonderwoman and Auntie Mame.

But I could not help but feel like I was indeed short changed from my weekend of bliss.

I’ll state my bias up front…. I love sleep….. I really LOVE it. I love getting ready for bed, I love the feel of those cool clean sheets at 8:30 at night when the rest of the world is just finishing dinner. Those of you who read my blog regularly (thanks- I should have the ten or so of you for dinner sometime) know that I really am a fan of  getting my eight hours a night of slumber…

For me- sleep is like the perfect pair of strappy sandals… it should be cherish and protected. I keep my Manolos in their preassigned boxes. Why would I piss away an hour or two of sleep? I will multitask like a maniac. I will milk every hour out of every day doing three different things at once. But I WILL NOT loose sleep over any of it. Unless I’m on call, I’m getting eight hours a night. Let’s be clear dear girlfriends… if it is 2 am and I am awake… someone better be sick.

So you can imagine that springing ahead an hour should put me off. Losing one precious hour was akin to breaking a heal. It turns out, I am not alone….

This was also a significant increase over the previous and the following Mondays during the two weeks prior and following.

And so came the dawn on my Monday morning. I woke up at 7am Eastern which was indeed 6 am eastern and then really 3 in the freakin morning my time. All so I could go for a run and still be back in time to wash my hair. You see I was indeed filming a spot for those two fabulous boys- Steven and Chris on CBC- and it was imperative that my crazy ass hair not get in the way of my medical message.

But as I stood there blowing out my curls I could not help but feel the fatigue and indeed wonder how many others in the world were eyes wide shut on this Monday of Mondays?

I blamed the time change, I blamed the Daylight Savings. As for the Four Seasons, the apple pie and the dressup? It was indeed all the fuel I needed to face the days ahead.

SPRING AHEAD is a risky business. A few days later and the dust is just settling….
I am back to bedtime in my own time zone and up walking the fluffy monsters while its still dark outside. Frett not my girlfriends- like all good sisters I will do what a woman does best, keep calm, adjust and when in doubt- I’ll bake an apple pie and play dress-up all over again.
Posted by Girlfriend's Guide to Health at 3:00 AM