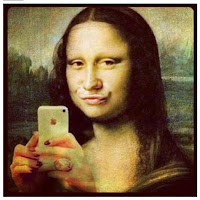 It is my firm belief after much debate and research that the decline of manners everywhere is in part due to text messaging. I have tried, dear girlfriends to like this means of communication. Truth be told it has taken me at least two years to “get the hand of it”.

At first, I seriously could not wrap my fingers, so to speak, around this form of technology. I understand that texting came about as a cheaper form of communication for cell phone users. Perhaps this was the first flaw for me. As a woman with an addiction to high end footwear, how could I be economical when it came to communications?

Was human discourse the time for pinching pennies? A huge fan of language and a life spent trying to master it suggested that this was not MY new means of interconnectivity.

I realize I am still a dinosaur. I send birthday cards and thank you cards when I REALLY want to say Happy Birthday or Thank You.

Furthermore, I am not physically text friendly. I have really chubby fingers and terrible spelling. The two combined make all of my messages seem as though they were sent by a drunk 17 year old girl.  Furthermore, As fourty approaches like a bullet train from hell, I am now in need of reading glasses.

This triumvirate of inadequacy makes a tiny keyboard and a void of silence a really shitty way for me to tell people how I am, where I am and what time I will meet them for lunch.

Isn’t a phone call so much better? You can judge the nature of someone’s response in an instant. Ever a fan of gauging human behaviour,  I strongly maintain that how a person answers a question is as important as the answer itself.

Do you ever notice that texting has become the “cowards manifesto” for communication.

Don’t have the balls to tell someone you can’t make lunch? Try saying it in 30 characters or less….

Wanting to just “check in” with a “friend” that is really more of connection that a relation? Text a cute “hello” and be done with it.

Just had a one night “experience” with a pseudo stranger and don’t want to face the morning after call? No need…. Nothing says “I am a gutless wonder” like  “THX 4 LAST NITE. WUZ FUN ;)”

How did fall so far as a species? We are the only animals on the planet to have the true gift of language? We are blessed with an amoury of telecommunications and the gifts of being able to in an instant hear another’s voice at will. And yet, we have reduced much of our “back and forth” to an economized version of human contact.
“Reach out and Touch Someone” has been replaced with “reach out, but don’t come too close”.

Nonetheless, I was willing to give this means of communication a chance. Afterall,
texting has been shown to improve patients’ compliance in taking asthma medication and applying sunscreen.

And then the hammer came down…

A study published in the American Journal of Obstestrics and Gynecology last week showed that test messaging offered no benefit for women in remembering to take their contraceptive pills.

Missed birth control pills account for about one in five of the 3.5 million unintended pregnancies in the USA every year.

A study out of Boston Medical Centre randomly assigned 82 new oral contraceptive users to either receive a daily text message reminder to take their birth control pills or to receive no reminders.  The average age of the women in the study was bout 22 years old.

During the three-month study, both groups missed a monthly average of about five pills, as recorded by an electronic monitoring device on the pill packs. None of the women became pregnant.

In both groups, the rate of missed pills was nearly double the average estimated by previous research, hinting that adherence in the general population of Pill users may be overestimated.

I suck at remembering to take any medications. I remember having strep throat and being on a four-times-a-day antibiotic regimen for about a week…. It was truly humbling.
The fact that I don’t have to get a text to remind me to be a better patient is truly and emancipation.

I don’t suggest we abandon the keyboard entirely… My advice, cybersisters as will all things in health is one of moderation.

Text wisely, dear girlfriends, not often.
Text appropriately and with caution.
In social situations, be social?
When in doubt, a phone call will do.
And of course, if I’m not in, do leave a message and I will get back to you in a timely manner.
Posted by Girlfriend's Guide to Health at 3:00 AM