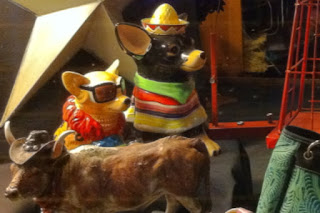 Sisters- Be warned, I’ve gone viral. No, we are not talking some weird U-Tube video of me singing eighties remix (although I am sure there is video out there- it is most certainly not for public consumption). When I say viral I don’t mean internet- I mean virus as in- I have one- in my upper respiratory tract.

Perhaps it is the insanity of my work hours- yes, my girlfriends, I’m aware of my issues- sell it somewhere else sisters- I’m a workaholic and proud of it.

But somewhere between the 12-hour workdays and the marathon training, my superpowers were eclipsed and I developed the flu.

Regardless of the case my immune system as always has been working overtime and yes, “she works hard for the money”. This time- I did not treat her right.

It began on Thursday morning when the back of my throat felt like I had swallowed razor blades overnight. No amount of coffee, tea or sympathy could break it up and by the end of the day my head was ready to explode.

I spent the evening lying on the couch watching the Bachelor Canada that of course had been conveniently taped the night before.

Now my girlfriends- I have never felt the need to defend my life choices- neither in the closet nor in the TV room and I will not begin it here. Let me just say that nothing says good medicine like lying on your couch in a great pair of pajamas watching (and judging) other women come completely unglued all from the comfort of your living room. Hot tea and Nyquil is included.

Let’s talk Nyquil for a moment, Shall we? This shit is good. Now this is not a medical endorsement. Sure I’m a doctor but don’t take my medical word for it. Nyquil however is on my list of honorable mention drugs. This green liquid (yes it comes in pill form as well) takes my head pounding, throat aching, nose running death version and knocks me unconscious for a full 9 hours. It’s bliss. Combined with my fluid and my reality television and yes, I was willing to accept this rose.

Friday morning came the dawn and despite the night sweats and a Nyquil hangover I took on the day at 11 am armed with Nyquil’s sister wife, Dayquil. Thanks be to the goddess for good pharmaceuticals because my weekend was spent on call at the hospital.

Let’s just say- if you are sick there is no better place to be than a healthcare facility.

I know what you are thinking my sisters, “Won’t you get your patients sick?”

Firstly, no disrespect, but my hospital patients aren’t in the hospital for shits and giggles- they are already sick. Secondly- I wash my hands pretty religiously so infections won’t spread in the best of times and thirdly- most of my hospital patients are on some pretty serious antibiotics- my little cold is bullshit compared to the bilateral pneumonia they are sporting.

Sure- it would be nice to stay home, and not expose the world, but life is not like healthcare insurance- you can’t just opt out anymore.

Thus began my flu of the season. Dayquil followed Nyquil. I sampled a variety of sugar free cough drops to the point of exhaustion. I know that the only thing that will cure my real ills here is time. This is a virus. The only thing that will fix my current state of illness is to allow this bastard of a virus to run its course.

And so like a good Project Runway contestant- I prayed for immunity to kick in.

A small part of me wondered if chicken soup would indeed do the deed. Of course the point is mute because I no longer eat meat, but could I sacrifice some principles for the sake of my immune system?

Turns out, I don’t have to…

A study published in CHEST magazine in 2000 showed that chicken soup may in fact inhibit the activity of white blood cells during infection causing an “anti-inflammatory effect”. The study was spear headed by Dr. Stephen Rennard of the University of Nebraska Medical Center in Omaha. Using the blood from healthy volunteers, Dr. Rannard looked at the activity of neutrophils. the most common type of white blood cells, after being exposed to chicken soup from the Rannard’s wife’s family recipe. Dr. Rennard theorizes that by inhibiting the migration of these infection-fighting cells in the body, chicken soup essentially helps reduce upper respiratory cold symptoms.

The researchers couldn’t identify the exact ingredient or ingredients in the soup that made it effective against colds.

In another study published in 1978 in CHEST magazine, researchers in Miami at Mount Sinai looked at how chicken soup affected airflow and mucus in the noses of 15 volunteers who drank cold water, hot water or chicken soup. In general, the hot fluids helped increase the movement of nasal mucus, but chicken soup did a better job than just the hot water. The thought was that some of the proteins in the chicken soup might improve the function of protective cilia, the tiny hair like projections in the nose.

Turns out- I don’t have to through the vegetables out with the bath water…. I can have my tofu and eat it too. Warm fluids of any kind will likely do and the evidence for a boiled chicken is weak at best. For now- I’ll just have to have a little patience my sisters….

If I can wait 3-5 business days for Net-a-Porter to deliver that fabulous Miu Miu suit that I ordered on line, I can wait 5 days for this shitty little virus to get its ass kicked by my bad-ass immune system.

Now if you’ll excuse me dear girlfriends I’ve got a Dayquil to take and a job to get done- that suit (as magnificent as it is) will not pay for itself.

Posted by Girlfriend's Guide to Health at 4:00 AM