Fashion Really is the Best Medicine 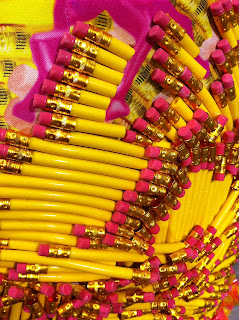 Yes, my girlfriends, it is the most wonderful time of the year. What time you ask? It’s Fashion Week season. Yes, my girlfriends every diva must have her holiday and this one, of course is mine- all 28 days of it.

The week before last of course was NYC fashion week with it’s allure and its glamour. I sat glued to my computer from the safety of my office for daily updates of the shows. Between patients I scanned STYLE.COM for updates. Between samples of antihypertensives I sampled Marc Jacobs and Maria Cornejo and Proenza Schouler.

However, I must admit that I am more of a fan of European fashion than of the North American designers. And so I took it into high gear last week as London Fashion Week began. There I was on call at the hospital writing orders for everything from  Morphine to Maxeran soothing my soul with live feeds from some of my favourite designers show. From Mary Katrantzou to Temperley London to Jonathan Saunders I relished in the magical. There I was among sadness and sickness but somehow the desolation fell away.

This past weekend I found myself at the National Obesity Conference in San Antonio Texas. Between talks of Ghrelin and Leptin and Sugar Sweetened beverage taxes I had one eye on Milan eager to see what my girl Miuccia Prada would have in store for the coming season.

Let me be clear my sisters- I love my job. I love the daily grind of it all- the patients and the problems. I do not want my girlfriends to go away thinking that I only work for shoes. My work is a huge part of my life. But I have learned over the years that a well balanced life really is the best way to go.

And so amidst the medicine and the mayhem, the conferences and the concerns my escape has been the runways the world over. I love the pomp and the circumstance. Checking the schedules of the various fashion shows and then following along when  a time change will allow.

The European shows offer a specific time zone challenge. For example Milan is 8 hours ahead of Vancouver. Imagine my surprise waking up every morning to the Likes of Fendi and Dolce and Gabbanna being presented at 4 am the night before and there it is in my inbox just like Christmas morning!

It turns out that my fascination with fashion may actually be beneficial.

In a paper published in 2007, researchers at the UK's Brunel University noted that shopping is associated with increased activity in the left prefrontal cortex, a part of the brain that has been linked to pleasure and positive thinking. In fact, levels of dopamine, a neurotransmitter released during pleasurable experiences including sex, can rise sharply even when you're merely window shopping.

Could it be that my obsession with STYLE.Com is helping my neurotransmitters. With Paris fashion week coming this week could my Dopamine levels indeed benefit from another boost??

In another study, published in the journal Neuron, researchers at MIT, Carnegie Mellon, and Stanford strapped volunteers to an MRI machine and showed them photos of products. When shoppers saw something they wanted to buy, a flood of dopamine to the nucleus accumbens--the brain's reward center--lit up their MRI images like a dashboard.

And it's not only about pleasure. Shopping may also help women maintain their mental acuity in old age, says Guy McKhann, M.D., a professor of neurology at Johns Hopkins University and a co-author of Keep Your Brain Young. "People who are doing really well as they get older tend to be mentally engaged, physically active, and socially involved," he says. "And women are all of those things when they shop."

Who new my love of fashion would help me train for my mature years.
Studies show that picturing several different outfits engages the brain and the prefrontal cortex which are all important activities as we age. In fact as we plan out our outfits in our head functional MRI studies have shown that the prefrontal cortex of the brain – the area which controls goal oriented behaviour goes into action.

Could it be that my medical breaks spent in the land of Lagerfeld indeed were an added work out for my neurons beyond the medical lessons learned?

On that note, I bid thanks to the gods of fashion for their dopamine and a glimpse of the Spring 2013 lines. If my sisters will excuse me- I’ve got some neurotransmitters that need to be let loose- Paris fashion week begins in the morning.

Posted by Girlfriend's Guide to Health at 7:04 AM