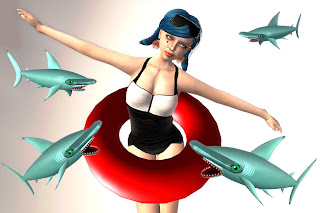 My dear girlfriends, shall I be so bold as to confess to you that I am, shall we say, a bit of a “fraidey cat” so to speak? Let’s me clear- when it comes to fears I realize that I have some of the usual ones that most human being share. For example- dying.

I’m not so much afraid of dying as I am not eager to do it just yet. Furthermore- if I go, untimely or not- I hope it’s not really painful. Yes, I’m afraid of the dentist (I hate the whole needle in the mouth thing) and most definitely I’m not a little scared of really small plane that could fall out of the sky at a moments notice. I suppose however that ties into the whole painful untimely death thing.

But lately I’ve been thinking about more the irrational fears that people all have and what makes one person scream in terror from a spider while another can own a tarantula for a pet?

Perhaps some background for my cyber sisters….. A few months ago my beloved asked me to go see a horror movie with him. I will mention the movie (Cabin in the Woods) only to enrich the plot of this story and not to provide a plug for this film. Girlfriends- I don’t support this flick. Look- I’m not saying DON’T see the movie- go for it- you are grown girlfriends- this just isn’t an endorsement, that’s all- let’s move on.

I am not a fan of horror films. I never understood the point of sitting in the dark and being frightened for sport. No judgement to those of my girlfriends who like a little terror in a formal setting. I never understood the point of paying for fear. As my girlfriends know I’m a fan  of racking up a credit card bill for chic Italian boots and not something that makes me shake in them.

But it got me thinking about fears and phobias. I don’t mean the big fears so much as of the irrational fears. You know, the things that we are scared of and have no reason behind it. Have you ever wondered about the things that give you a chill up your spine and for which you can’t explain?  Sure there are the usual ones…. Spiders and snakes and horror movies. But what about the weird phobias?

Here is a laundry list of things I am afraid of:
1.     SHARKS. Yes, I have an irrational fear of sharks. I cannot look at a picture of a great white without losing my shit. Make no mistake, I do not mind swimming in the ocean- in fact I rather enjoy it. For some reason I never even think about the sharks when I do an open water swim. But stick me in front of a photo of jaws and I’m reduced to a whilly nilly. Go figure.

2.     PLANETARIUMS: Crazy, no? I cannot sit in a planetarium and look up at whatever night sky show they are showing without holding someone’s hand and taking an ativan. Yes, it’s truly bizarre but something I live with.

3.     MINISKIRTS AND STIRRUP PANTS. My legs are not my best feature. I do love wearing skirts and dresses but a miniskirt is never my dress of choice. I fear that a day may come when miniskirt or leggings will be the only selection available. Then will I have to raise my hem length in the name of fashion? On that day my sisters…. Stick me in a shark tank in the middle of a planetarium. I’m done.

Studies show that somewhere between 5% and 12% of Americans have experienced some sort of phobia. Women are two to three times as likely to have phobias than men.

The three basic phobias are social phobias, agoraphobia (fear of open spaces or item specific phobias THE DSM-IV (psychiatry bible so to speak has separated specific phobias into four basic categories:
Animal- my shark issue
Situational- flying for example
Blood injury- such as needles or giving blood
Nature-environment- such as thunderstorms

Though the experience of phobias is relatively common and their physical characteristics are generally well understood, there is no real consensus on the neurobiological basis of phobias. Scientist can’t really agree on what makes a phobia come to being.

There are a few psychological models that exist to try and explain why for example I pee in my pants at the sight of a shark and another sister pays hundreds of dollars just to go swimming with them.

Most people do not recall having an initial negative interaction or trauma associated with their phobia. Similarly, there are many cases where people never come in contact with their phobic stimulus (that which they are afraid of ). For example, many people who have flying phobias have never actually been on a plane. In fact, almost half of all phobic people have never had a painful experience with the object of their fear.

Dr. Martin Seligman a scientific authority on phobias suggest that there is a primitive evolutionary influence to them- we are conditioned to fear certain things over centuries in order to ensure our survival. He proposes that phobias exist as a result of certain preexisting neurological connections that exist evolutionarily. These connections are turned on with relative ease.

Many people have turned to the brain in order to understand the biological circuitry behind phobias. The amygdala is located in the dorsomedial portion of the temporal lobe, has been proved to be intricately tied in with the brain's perceptions of fear. A portion of the amygdala known as the lateral nucleus is particularly responsible for fear responses. The amygdala receives signals from such areas as the olfactory system, the hypothalamus, the cerebral cortex, and the brain stem.

This means that our “fear centre” of our brain gets influenced by our smell centre, our pleasure/pain centre,  our cerebral cortex which controls higher thinking and our brain stem which controls our body’s innate functions such as heart rate, breathing, etc.

The amygdala then sends signals in turn to the cerebral cortex and the thalamus and brain stem. In the cerebral cortex, the thinking part of our brain, the fear becomes crystallized in our memory. In the brain stem and thalamus the fear elicits  physical response (nausea, palpitations panic). This is one proposed theory about how our brain’s chemistry is involved in making our fears a reality. But like most things in science there is much work to be done.

And so my sisters another week ends. I’ll never know why I’m scared of the things I’m afraid of. Maybe its brain chemistry or my ancestral brain sending me a survival message for the future. When it comes to my fear of miniskirts, I am certainly grateful to my sisters before me for the head’s up. 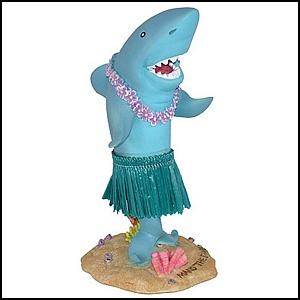