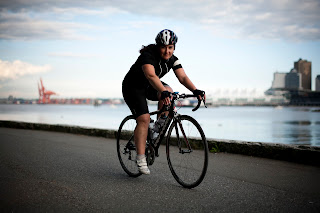 Let’s be clear- I did not vote for you. You seem like a decent fellow- no, that’s not true- I lie. I don’t like you or your politics. It really is nothing personal. Okay- that’s a lie too. Let’s face it a person’s politics can’t help but be personal. Furthermore, I was raised as an NDP lefty in North End Winnipeg by hard working teachers who taught me that a sense of social conscience really is the only way to go. If I did indeed like you, Mr. Harper, it would be against everything I was brought up to believe to be true.  Have always prided myself on a being a girl who remembers first and foremost where she came from- so guess what, sir? You are not coming to my house for Thanksgiving any time soon.

As it stands, I have grown a bit cynical in my old age. I already know that the tooth fairy is bullshit- but I really do still believe that a connection to the human condition can heal this world. I cling firmly to the notion that we can indeed start a revolution through a sense of concern for a hard day’s work, some concrete social programs and healthy sense of the value of culture and education in society. I value the concept that as a nation Canadians do have an innate concern for their sense of community and of others.

I’m a fan of socialized medicine, Mr. Harper. Sure the system is not perfect, but it’s people (and doctors) like me who think that health and access to good care is a right and not a paid-for privilege. I do not mind paying a chunk of my income for the ability to break my leg and not my bank account. I welcome the chance to spend my hard earn tax dollars on museums and culture and television and radio (big love to my sisters at the CBC for that matter). I think we as a nation SHOULD fund social programs and yes I will say it plain- as a society we will be judged by how we treat our less fortunate.

But here’s where I draw the taxation line, Mr., Harper. Hell, Can I call you Steven? After all- I do pay your salary so technically your are on my staff- I have a strict first name basis with my employees… so Steven it is. Steven, Steve perhaps? Why the fuck can I not get a tax break on my bike.

Sorry for the profanity Steve- yes, you are correct- no need to let our emotions take over our manners, I agree. Let me rephrase? It is tax season Steve and my lovely accountant has informed me that had I owned a car I could indeed write part of it off as a business expense for travel. You see Steve- I have a personal corporation- but hey, that is beyond the point. Imagine my surprise when I explained that I do not own a car but in fact use my bicycle to commute to work.

Heads up, Steven- (I’ll use your full name- as to emphasize my disappointment- are you getting it?) I CAN NOT under the current tax laws write said bike off as it is thought to be a “recreational item”. Yes, Bella, Stella and Celia (my bikes have names, Steve- it’s my thing- go with it) are truly enjoyable but in fact without them- I just don’t get the job done.

How naïve of me Steve, I know. To think that a bike- a safe and energy friendly, does the body good mode of transportation would not be encouraged by my government as a means of every day transport.

Steve, I ask you, does this government have such extra funds, what with the cuts to cultural and social programs that it can afford to NOT encourage a healthier way of life.

You see, I was looking at it from the whole point that my bike is very earth friendly and also encourages people like me to be leaner and greener.

Stanford University School of Medicine researchers asked 275 sedentary insomnia sufferers to cycle for 20-30 minutes every other day. After 2 months the researchers did the math. The result?  The amount of time the insomniacs took to fall asleep was reduced by half, and the time they spent asleep increased by almost an hour a night.

In fact, Steve, as you know, data from King’s college compared 2400 identical twins and found that those who did the equivalent of three 45-minute rides per week were “biological younger” by 9 years than those who sis not. This data adjusted for all other risk factors. Furthermore, studies from Purdue University from our sisters to the south have shown that regular cycling – even as little as 20 miles a week – can cut your risk of heart disease by up to 50 percent.

If health isn’t your thing, Steven (and by what you’ve done to the healthcare system these days, I can only suspect you are not much of a fan), then perhaps we can look at the money issue?

According to the organization Cycling England upping cycling levels by 20 percent in the 10 years up to 2021 could save 107 million British pounds in reducing premature deaths, 52 million pounds in healthcare costs to the National Health System and 87 millions pounds of savings in fewer sick days.
So you can imagine my dismay Steve with all the planetary concerns, the oil fields debacle and the fact that God can put his fist through the ozone- I thought you might want a healthier population base and a true north strong and free.

I know, Steve, it’s been a whirlwind here- with all the facts and figures and the big words you never learnt in post secondary education (damn that Canadian University system! Don’t get me started on those bastard and their tuition fees, right Steve?)

Your head is swimming, what with taking tax payers jets to hockey games and drinking wine at state dinners- you need some time to digest the subtleties of my letter and get back to me.

So take your time, Steven- tax season is coming- you have some time to reconsider. Feel free to do just that Steven, reconsider- the fact that my bike is not a “recreational vehicle” but a worthwhile transportation asset with many hidden benefits.

Think it over Steven and get back to me. Although it will undoubtedly not change my political beliefs, you may change my mind just a little bit about what a short sighted leader I really think you are…. Sorry Steve- I know we said we’d play nice, but I let my anger take hold once more.

Perhaps I need to clear my head as well. I’m off for a lovely bike ride- you go squander my hard earned money on the Senate. We’ll talk more later…. you likely have my number, Mr. Prime Minister? No worries, Steven, I certainly have yours.

Yours Sincerely,
A Canadian Girlfriend