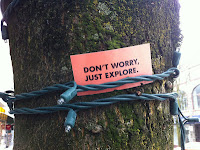 May I preface this rant by telling you my girlfriends that travel does take its toll on a cybersister. It has been my personal and professional experience that even the mildest mannered, lovely individual will become somewhat of a nasty given enough time in an airport environment. Allow me to explain.

This past week I read an article in the New York Times ( my new favourite obsession, next to shoes of course) about the effects of solitary confinement on the average prison population. According to the Sunday edition of the Times several studies have shown that solitary confinement is not all it is cracked up to be. Who knew? Turns out that if you put a group of criminally inclined individuals alone in an isolated room for 23 or so hours a day and subject them to external schedules and regimens and you take away any sense of control… well, the lose their shit.

A further study done in the elderly and published in Geriatrics in 2007 showed that perfectly lovely law abiding citizens react to said lack of control in a disturbing manner as well….,They die. The study randomized senior citizens living in nursing homes to one of two groups. One group was allowed to plan their own schedules of visitors and was given small independent chores around their homes such as watering their plants. The other group- was subjected to external scheduling and had no autonomy in their daily routine. Bedtime, mealtime and even plant watering was left up to someone else. Guess what? This group died faster and in greater numbers.

Lesson? People not only like to being in control- it helps keep them alive. Furthermore- not only is this sense of control a means of autonomy- it is what keeps us from turning into the worst form of ourselves.

It is my observation, dear girlfriends that anyone who travels by plane a lot is pretty much a senior citizen in solitary confinement who can not water her own plants.

Allow me to elaborate. Firstly- let’s take the act of actually getting on a plane. Before you confine yourself to 3 or more hours in a very small area with a stranger who violates your personal space at every turn and does not say a word to you…. You must have all of your things examined. This brings me to security.

Ahhh, security. As some of my girlfriends will know from my previous rants… I do have a bone to pick with airport security. Yes, these are the mean girls from years gone by who continually pass judgement on my handbags (yes, the PRADA is real bitch) and constantly go through my toiletries with a judgement the likes of which a beauty editor has never seen. Yes, I realize it’s for my safety but since when is a bomb made of hummus?

Cybersisters- I am still vegan and I wanted a snack on the plane. Cue my hummus and carrots. To me it was a healthy snack. To Svetlana at the TSA it was a potential firearm. Bitch stole my hummus.
In prison, they delegate what you bring in and what you eat…. Hmmmm.

Next, come the flight. Once you have been made to feel completely powerless and like a criminal, they stick you on a plane where 8 overworked, underpaid individuals responsible for your safety scowl at you with contempt as they get you from point A to point B.

I cannot help but compare airline staff to nursing home staff, just as I compare Svetlana and her hands stained with my hummus to prison guards.

And so my girlfriends…. I have got to stop with the flying for a bit. I suspect the lack of control (and the lack of chick pea paste) is not good for me.

Fret not my cybersisters…. My head will always be in the clouds. But for the next couple of months I must make a concerted effort to ensure that my feet are planted firmly on the ground.

PS- Svetlana, if you are indeed reading this- bitch, I want my hummus back. My carrots tasted like crap without it.
Posted by Girlfriend's Guide to Health at 4:34 AM