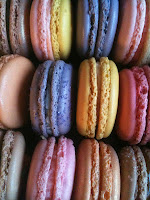 Question time, my girlfriends…. What’s with the food photos? Allow me to be clear: When did we start taking photos of our food with our phones?

I had brunch on Sunday (ah, brunch- proof that there is a higher power) and a group of girls at the table next to me were furiously snapping shots of their French toast and frittatas on their iPhones before the meals grew cold.

I could not help but ask… what’s with the food photos? This is not the first time I’ve noticed a fellow diner reach for their camera before their fork and knife.

Perhaps this craze began when our phones first had the capacity for photos and we thought “woohoo- let’s photograph EVERYTHING”.

Make no mistake much of the food I eat is pretty freaking lovely. But I don’t need to preserve it in my memory (or on my hard-drive) for all eternity.

I ask you my cybersisters- shouldn’t a meal be like a good fashion line- worth remembering without a whole bunch of photos for a frame of reference. Shouldn’t the mind’s eye be enough to preserve posterity?

In fact this photo craze no longer applies to food. It’s really hit everything. Yesterday I was at the mother ship (yes, Holt Renfrew, you know who you are) and a woman had her phone out and was snapping shots of the mannequins and emailing them to herself. For that matter, I ask- when did we rush to capture everything on our I-Phones? Have our memories gotten SO bad that everything needs a photograph to preserve its integrity? Have we reached a cultural “lest we forget” movement and someone forgot to send me the e-vite?

In the last two years, the photo based website Flickr has had a ten fold increase in its food based photos. The staggering number is now over 6 million photos of pictures of what people ate.

Make no mistake- I love to eat- my food and my emotions. But I must admit (lest I judge) I’m not big on the whole “take a picture, it lasts longer” approach to our dietary needs.

I like to photograph my friends and family; I love to capture my life’s adventures on film (or hard-drive). When I’m old and gray (and a bit senile) I want books full of albums and computers full of iPhoto of the people I’ve loved and perhaps lost to ponder over in a deep montage of nostalgia. I want to someday look back on my life and smile or even tear up at the memories.

In this fabulous scenario I am 80 or so years of age. I am of course wearing Vintage Chanel (I will be old enough to handle a good Chanel suit at this point) and my crazy big hair is perfectly white and finally an advantage as all my peers are going bald.

Nowhere, however in my memory montage are there photos of the food I have eaten over the decades - which only serve to make me hungry. I want my eyes to water…. Not my mouth. Besides- when I am 80- I am eating whatever I want – whenever I want. I’m not wasting my time looking at photos of food- I want the real thing.

I could not help but wonder however if taking a picture of your food alters the way you eat it or your enjoyment of it? Could thousands of photographing foodies be on to something?

A study published in the International Journal of Consumer Studies showed that taking photos of your food could influence your attitude towards the food you eat.

The study compared two groups of dieters. Each group was evaluated before they were randomized to one of two methods of food journaling. The groups were deemed to have similar knowledge of nutritional benefit of foods they were eating. The groups were then asked to either keep a photo journal of their food or a written diary of their food. One group kept written diaries and the other kept photo diaries of the foods they ate. In each group the participants were asked to comment on whether they thought their food choices were healthy.

Of the 86 people in the study- the 43 people who kept photo diaries more accurately could comment on the nutritional benefit of the foods they ate. The study- albeit a pilot study concluded that photos of food or visual cues can in fact cue people more effectively into whether or not foods are nutritious. The photo dairy group were more effective in changing their eating patterns than the written group…. hmmmm

In 1825, the French philosopher Jean Anthelme Brillat-Savarin wrote, “Tell me what you eat, and I will tell you what you are.” Jean loved food and I do think the dude was on to something.

As for me? I’m a chick who loves the good things in life but understands that good nutrition and good fashion really do open all doors. I’ll talk about food with anyone whom will listen- just don’t ask me to pull out my phone and photograph my meal for the Internet to see. My phone is for phoning. My food is for eating. As for what really feeds my soul? Simple dear girlfriends… very expensive footwear. What does that say about me? That is a discussion for another week entirely.
Posted by Girlfriend's Guide to Health at 7:05 AM