Voltair Was A Vegan... and so am I 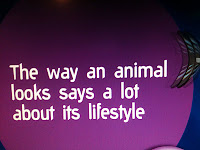 Here’s the deal, dear girlfriends…. November is upon us and I have taken a stand. No I am not growing a mustache in the spirit of Movember (thank heavens for laser hair removal- or perhaps I could really take those dudes).

I have decided to spend the month as a vegan. Gasp shock or exclaim WTF?? But yes, for the thirty days of November, I will take lemons and make tofu.

I’ve given up all animal and dairy products and switched to plant based proteins. I have not had a piece of cheese in 8 days and I love cheese almost as much as I love shoes. I am now spending my days eating fruits, vegetables and plant based proteins (such as soy, and grains- the names of which I can not pronounce without a bit of practice.)

You know you are a vegan when the names of the food you eat need phonetics to help speak them properly. (Quinoa= Keen-Wah)

Understand that I have spent the last decade drastically modifying my approach to nutrition and exercise in a systematic pattern that has been anything but a fad.

So why for one month should I drastically change what I eat? Why give up eating anything that had parents. Well- I blame The Half Iron Man.

Here’s the deal- I have signed up for a half iron man race in May. Yes I know I need therapy but I figured after the year I have had with the mountains and the cross-country adventures that I needed something more. So apart from swimming the English Channel (which I did in fact look into- newsflash- it’s a NO GO) I wanted a new challenge for 2012.

In came the Half Iron man. In reading about this crazy motherfucker- yes this is what this endeavor will here-to-for be called – I came upon the writings and nutritional philosophy of Brendan Brazier.

Brendan’s an Iron Man athlete and a Vegan. He’s written a few books- one of which is called the Thrive Diet. This is not an endorsement of Brendan. Make no mistake- dude has a point- but some of his philosophies are a little too herbal for my liking.

Girlfriends- you know how I feel about the whole Yoga-Holistic-Organic shit. I take it with a grain of Himalayan red rock salt and call it a day….

Brendan’s got some interesting ideas about the body as a wonderland… and I as open minded about food as I am about fashion. Always worth a new look-see.

So I am trying it out for a month. As my cybersisters will know- I am NOT a Half- assed kind of girl… I am putting Almond Milk in my coffee and coconut water in my smoothies. Needless to say- my fibre content has now surpassed my shoe budget.

I have eaten more “super foods” in the last 8 days than I have worn little black dresses in my lifetime….
It’s been a journey.

It turns out 0.2% of North Americans and 0.4% of people in the UK are vegans. Vegans consume no animal based products including no dairy products. For some vegans- honey is also off the menu (bee vomit that it is).

A study published in the American Journal of Clinical Nutrition compared a vegan diet and a low fat diet over a 74-week period in a randomized pattern. Over 200 diabetic women were randomized to either a vegan diet or a low fat diet. Both diets resulted in similar weight loss but the vegan diet had statistically significant improvements in glycemic control and lipid profiles over the low fat –meat based diet.

A study published in the International Journal of Cancer in 2009 looked at the relationship between vegetarian diets and breast cancer risk in a prospective study. In a population of 37,600 British women with a wide range of diets there was no evidence for a strong association between either a vegetarian diet or total daily isoflavone intake and risk for breast cancer. The same study showed a lower risk of colon cancer in vegan woman than their meat-eating counterparts.

One final study in the British Cancer Journal in 2000 showed that vegan men had a 10-12% increase in testosterone levels and Insulin like peptide in the blood than do meat-eating men. There has been an extrapolation of this data to hypothesize that this may correlate to a lower risk of prostate cancer- the studies however are pending.

This leaves me- maybe a lower risk of colon cancer, no prostate and well… my breasts? Their just small- not safer.

One week down and 3 to go and I must admit I’m feeling pretty good. Perhaps it’s just a placebo effect or perhaps it’s my colon speaking to me in song… Maybe my body is thriving in the absence of the lions and tigers and bears that I normally subject it to. I do love the fruits and veg and I find the walks to Whole Foods with my beloved to “stock up” on Kamut and Hemp seeds and Chia to be some of the best parts of my day.

Eight days down, 22 to go- a nice little adventure that may teach me a thing or two. Maybe I’ll be nutritionally smarter at the end of all this… Maybe my skin will shine and my insides will be better than before. We’ll have to see what happens in December when I may in fact embark upon a cheese-tasting adventure will undoubtedly make the state of Wisconsin very proud….

Or perhaps I’ll just miss meat and that will be all. I’m trying not to read too much into the process. Make no mistakes- dear girlfriends- I’m strong in my beliefs- but I tend to confine my battles to the accessory counters at Barneys rather than the produce section at Whole Foods… Call me shallow? That’s just how I roll.
Posted by Girlfriend's Guide to Health at 4:22 AM