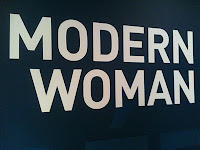 Greetings from sunny Florida dear girlfriends…. I must admit, I did not think I’d ever find myself in Orlando anytime soon.

Afterall, I am nowhere near retirement (as a work-a-holic, perish the thought) and well, quite frankly, Disney gives me a rash so Florida was never really one of my travel destinations.

You do never know where life will take you and so when the Obesity 2011 conference is being held in the “happiest place on earth” I convinced myself that my Roberto Cavalli caftan needed one last spin before winter and here I am…poolside….learning.

Let’s be clear girlfriends- I’m not going to DisneyWorld. I realize it is not just for children but I’ve never been a big fan of Disney. Never mind the marketing and the weird twisty message (all those sad maidens cleaning houses waiting for their Princes) I just don’t get it. It really is not my scene.

Afterall, the only fairytale character I could ever identify with was the witch in Hansel and Gretel. I know many of you are now horrified, but really… you build a dreamhouse out of gingerbread and some little bitch comes by and takes a bite out of it? Who among us would not stick the little shit in the basement and use her brother for bouille base?

No, this afternoon I will not be going to Epcot centre to tour the world…. If I want to see the world, I can be sure it will not find me in Florida. Florida is for sunworship and oranges. So here I sit pooliside (yes I was at the conference ALL day Sunday and Monday) with an orange Margharita , some sunblock and a very good book.

SO! I thought I’d take this break from learning for a little bit of my own research…

Do you ever notice dear girlfriends that at a pool or beach, you are never the one with that fabulous deep tan? Are you? No worries, I am not THAT one either. Make no mistake- I AM the one with the fabulous sunglasses and an unrealistic sense of self esteem when it comes to being in a bathing suit… (I blame my parents, by the by, for instilling in me too much of the “you can do anything” attitude- yes, that and the margarita I usually have on an empty stomach…. In a woman who has the alcohol tolerance of an eight year old…. Put it all together and I think I’m waaaaay too okay for being a chubby white girl in a bikini.)

But here’s the deal with tanning….

As I get older I’m starting to get just a little bit sun shy. Not enough “sun shy” to keep me out of the sun entirely… I am an ethnic girl after all and we do look better when our olive skin is in fact more olive. But I have noticed that once you start tanning- you find it a challenge to stop.

I had a wicked tan this summer. I did after all spend three weeks on a bike and sunscreen be damned I got me some colour. It is now almost a month since my “days in the sun” and I notice my healthy glow is starting to fade.

SO here I sit poolside…. On a mission. Darken it up one last time before I settle in for a long winter. It is like a Vitamin D binge fest before hybernation, No?

No. According to a study published in 2005 in the Journal of Addiction Biology… I may indeed have a problem. A substance abuse problem. And to think my shoe issue was not enough to handle.

The evidence suggests that frequent exposure to Ultraviolet radiation has the potential to become addictive. The researchers looked at Magnetic resonance Imagery and PET scans of people exposed to UV light through tanning bed before and after a treatment and found that the brain “lights up” in the reward centres of the brain in response to regular UV exposure. The results are similar to when a person is given a drug or a dessert.

They recruited a small group of people from tanning salons who frequent tanners (meaning they liked to go three times a week to maintain their tan… yes… think Jersey Shores). These subjects agreed to be injected with a radioisotope and then were subjected to both PET scans and MRI’s to look at where the brain activity was most stimulated after tanning. This allowed researchers to monitor how tanning affected their subjects’ brain activity.
On one occasion, the study subjects experienced a normal tanning session. But on another occasion, the researchers used a special filter that blocked only the UV light, although the tanners weren’t told of the change.

Brain images later showed that during regular tanning sessions, when the study subjects were exposed to UV rays, several key areas of the brain lighted up. Among those areas were the dorsal striatum, the left anterior insula and part of the orbitofrontal cortex – all areas that have been implicated in addiction. But when the UV light was filtered out, those areas of the brain showed far less activity.

The researchers also found evidence that the tanners appeared to know — on a subconscious level, at least — when they had undergone sham tanning sessions and not received their usual dose of UV rays. The tanners, questioned after each session, expressed less desire to tan after the real sessions, indicating they had gotten their fill. But on days when the tanners were unknowingly deprived of the UV rays, their desire to tan after the session remained as high as it was before the session began.
Where does that leave me? It leaves me poolside battling a new addiction that I am less than comfortable with. Never mind the skin cancer risks…. I’m forty for Shit’s sake. My skin can’t handle the pressure.

And so dear girlfriednds… figuring my Dorsal Striatum has enough to deal with and is already pre-conditioned, you will excuse me if I go upstairs to my room and change out of my Roberto Cavalli caftan and into my shoe shopping outfit…. I hear there is a fabulous outlet mall just a short cab ride away from my hotel that should do just fine to appease my midbrain’s need for addiction….. Screw Disneyworld, my cybersisters…. THAT mall is the happiest place on earth.
Posted by Girlfriend's Guide to Health at 4:05 AM