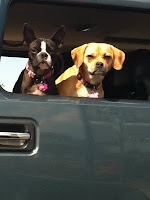 I recently ate at one such casual dining locations here in beauthiful Vancouver and could not help but notice that at 1:30 on a Saturday afternoon my waitress was, well, quite frankly- she was dressed for a night out.

Her name was Sherri and she really was lovely. She was sweet and kind and she refilled my diet coke without me even having to ask. Her concern for the quality of my meal, was matched only by the size of her bossom which was not well contained in her little tank top.

Yes, she totally care about whether I wanted dessert but lets be frank... her skirt was way too short and she was wearing go-go boots in July.

Yes, I am about to be a bit chauvanistic (but I'm a girl- we automatically get excused- welcome to a new double standard ladies!)Waitresses at certain establishments are dressing... well, they are dressing like.... what's the word I am looking for???? No this is not the time for name calling and language is precious... but face it dear girlfriends if you are eating at restaurant named after someone's uncle (Joey or Earl) your waitresses is probably half naked.

Since when did I order my Santa Fe chicken salad with a side of nipple? Isn't she cold? Does waiting tables really work up such a sweat that you must disrobe before you do it in order to stay cool?

I could not help but wonder how many "Sherri's" there were in the work force? I am quite certain that Sherri is instructed to dress in her little "Hooker-chic" style by her employers in order to garner increased tips perhaps?

A metaanalysis presented in 1997 at the Annual Conference of the Society for the Advanement of Behavioral Economics, showed that men tip more than women despite the gender of their server. However men will tip female service personelle on average 10-20% more than they will other male servers. (this translates into $1-2 more per tip)

Michael Lynn and Tony Simons of Cornell University conducted a study looking at a serving personelle's attractiveness and its effect on garnerin higher tips. Servers were asked to rate their own attractiveness including bra size and hair colour. They then used a regression analysis to determine if factors such as bra size, hair colour and overall looks played a role in the size of one's tips.

Now, I slept through University Statistics so I can't comment on the methods but the study did show an effect of certain physical features on the size of a tip.

Blonds received higher tips than non-blonds even though these servers did not rate themselves as more attractive than others. Women with larger breasts (size D and up) received larger tips than those with a size A-B cup.

Intrestingly the Cornell researchers found that tips increased with the age of the server.

The largest tips went to waitresses in their 30's...

"Sherri", my server was a brunette in her early 20's. Could she be half naked in order to compensate for her misgivings? If she was a curvy 32 year old blonde could I have her put on a sweater??

I sat back and contemplated the way the world works. A victim of the marketing machine (hell I BELIEVE those Ads that tell me this mascara will make my lashes 100X longer) I had to accept the fact that sometimes in life and in food service.... A little nipple goes a long way....

Posted by Girlfriend's Guide to Health at 7:03 AM