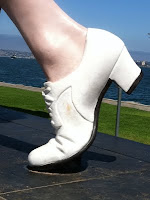 Yesterday I spent 10 minutes waiting in line watching a woman order coffee. God bless the child as they say, my dear girlfriends, but she literally took that long to decide between a Latte, an Americano and a Cappuccino. There was the mandatory explanation from the barista about which coffee was what and thereafter ensued the decision process.

Let’s be clear- I was desperate for caffeine and not in a hurry so I waited patiently and observed her hemming and hawing. Furthermore- ever in search of a lesson and a blog topic- I thought I should align my chakras and observe lest I let a moment of inspiration slip away.

And so it got me to thinking about the paradox of choice. Yes, my first impulse with this poor woman in front of me was to grunt (only in my head of course) and stand behind her in judgment over her inability to decide on a god damn coffee. Blame the caffeine withdrawal or blame my overinflated sense of knowing exactly what I want at all times….

There was a part of me that could see where she was coming from…. Low fat, nonfat, full fat. Grande, tall, Venti and then the coffee itself…. To make matters worse, the person at the cash register was really no help. She further contributed to the problem by pleasantly asking this poor lady if she would like anything to eat.

REALLY? Poor lady can’t decide on what to drink. Do we need to really challenge her further? I fully realize this is part of the fast food culture… but COME ON! Give a sister a break.

What has happened to our decision making process? Why does it take us so long to pick and choose?

I am known by those who know, love and tolerate me as decisive. This is perhaps why I am perhaps so baffled by those who cannot make a decision.

Never before have we had so many options before us. The world really is our oyster- hell it’s a freakin oyster bar. And yet- we are often paralyzed by this paradox of choice.

There are a multitude of choices facing us each day my cybersisters. Should this not be a task then that we strive to master? Wouldn’t life be so much more serene if we did not spend precious minutes wasted on what coffee we wanted? Let’s be frank… life is going to disappoint us anyway. I did not have the heart to tell this woman in front of me in line that the coffee she so painstakingly spent 10 minutes picking out was inevitably NOT going to be what she wanted anyways…. None of us are ever really satisfied, are we? So why then do we try so hard to make just the right choice?

Permit me if I may to use an example… Let’s take fashion (oh please, can we?). This fall I will inevitably search for the perfect new frock- the ONE, so to speak that will attempt to make my life complete…. Forgive me, dear cybersisters…. I must to shop… it is how I bring meaning to my otherwise shallow and empty life….

So there I will be, perusing the magazines trying to make the perfect choice… Yes, you guessed it, I have already “done the deed” and found just the right one… but nonetheless… my choice has been made. I will buy said dress and I will be complete. No? No.

The dress is just a dress and eventually I’ll get tired of it and move on to a pair of shoes or a blouse or even a power suit…. My point is that why spend hours in the pursuit or the hunt or the back and forth in my brain only to move on and have the item up for bids eventually fall short?

Turns out… decisions have a point.

Three regions in the brain are primarily responsible for making a decision. The anterior cingulated cortex and the orbitofrontal cortex as well as the prefrontal cortex all have been shown to “light up” on neuroimaging scans (PET SCANS) during the decision making process. Interestingly, the prefrontal cortex actually begins to become more highly developed during our late teens (just about the time we decide what to do with our lives???).

A study published in SCIENCE looked at PET scans of people making decisions and found distinctive patterns of neural activation in these three key regions depending on whether decisions were made on the basis of personal choice or following directions from someone else.

Several studies show that patients with damage to the ventromedial prefrontal cortex have difficulty making any advantageous decisions.

A further study have shown that people with long term drug addictions (particularly narcotics) have alterations in their neuroimaging in the prefrontal cortex and in the anterior cingulated cortex – the two areas involved in decision making. This is one of the reasons it is believed that their decision-making is altered. Whether this is cause or effect of their drug addiction remains to be determined.

Finally, a study published in 2000 in Psychology and Aging looked at how we make decisions as we age.

Participants ages 18 to 83 were given several two-option tasks and asked to decide between them. Later they were asked to review their decisions and comment on how they felt. This is sort like a “decision debrief”.

The study concluded that as we age our brains tend to distort the memory in favour of options we do choose rather than those we don’t. In other words…. When we are young- the grass is often greener. As we age… we like our side of the fence, just fine thanks.

Back to me- yes girlfriends- it does come back to me- maybe my brain was primed for my decisiveness or maybe I was getting older and selectively favouring the options I chose. Its an interesting debate that I am sure many have. I chose to believe I’m just born decisive and just like my decision to fill my life with fabulous footwear… That’s my prerogative.
Posted by Girlfriend's Guide to Health at 4:19 AM