Sister Can you Spare an Opinion? 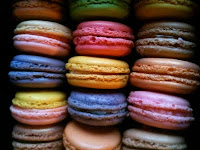 Confession time again my cybersisters…. I have a sweet tooth. In addition to the perfect platform 4 inch pump, I do love me a good cupcake. That being said…. I like being a solid size ten. In fact in the pursuit of the illusive size 6 (one day, my girlfriends, one day) I try and avoid that which is born of a bakery as often as possible. I do indulge nonetheless. Birthdays are the perfect occasion and my cybersisters will recall that I did climb a mountain in pursuit of baked goods.

My other particular weakness? Diet Pepsi. I remember the day aspartame became mainstream in drinks. It was truly a momentous occasion. I can recall vividly going to the supermarket with my mother and picking out varieties of sugar free sodas like it was a free for all. First there were the glass bottles at the “Pop Shop” and then years later the 2 litre plastic varieties became mainstream at the grocery store (I told you I was vintage…. Now do you believe me?) As a kid, we drank a lot of diet pop. There were 2 litre bottles littered all over the Zentner house back in the 70’s. Hell we would even swig it right from the bottle if we could.

Back then we did not know better. Hell, maybe we did know better but we really did not care. Recall this was the late 1970’s. Heroin and war were bad…. Everything else was free game.

So imagine my inner conflict when all those formative years of aspartame and then Splenda set me up for a big disappointment. For now, any time I casually order a sugar free soft drink someone inevitably (and rather smugly) feels the need to pronounce, “that will kill you, you know."

And therein ensues a long debate whereby I respond, “so will sugar, and I like a smaller ass”. And they tell me that a recent study showed… blah blah blah and suddenly my diet sugary buzz is ruined and I order a sparkling water instead and deal with the despair that only a really fabulous pair of Louboutins can pull me out of. Yes the logic is astounding and the recent burst in overt “vocal sharing” by random strangers in my life can only go to explain the recent expansion of my shoe repertoire.

So imagine how my world came apart when on a recent trip to Manhattan I found myself in a Bodega buying Diet Mountain Dew (DMD). Let’s be clear my girlfriends…. I LOVE the DMD. You can not get Diet Mountain Dew in Canada…. Perhaps this is part of my love for it. It really is a treat that I have to look forward to on my trips to America.

Make no mistake, I truly am a patriot. I love me some good old fashion socialized medicine and gun control laws…. Canada really is a near perfect country and I could NOT imagine living anywhere else. That being said, our television choices can suck at times (we don’t have real HBO or Showtime) and there is no Diet Mountain Dew on the menu. That being said what we lack in sugar free drinks we more than make up for in health and safety.

So there I am in a Bodega in NYC stocking up on the nectar of the Gods, when a random New York Woman turns to me and says, “you know that stuff is poison. It causes Diabetes”.

BAM. Out of left field. She diet pop shamed me. I stood there in the bodega with my half dozen cans of my sweet little guilt free caffeinated beverage and she just had to put in her commentary.

What has happened to this world? When did we all start caring so much about each other that we all got together and decided to give random opinions to perfect strangers at will. Is this some new plot to make the world better? Where are the meetings? Can I attend?

So instead of thanking this lovely woman for her concerns for my welfare, I responded in the only way I knew how when faced with a threatening advance of the sisterhood of the travelling bossy pants…..

“You, know what?” I said… “it doesn’t cause Diabetes, it causes Cancer.”

Turns out, I was not just talking out of my ass… there was science behind my statement.

A study done recently out of Harvard University followed two groups of men and their soft drink consumption over years to see if there was in fact a correlation between pop and diabetes.

The study published in 2011 in the American journal of Clinical Nutrition analyzed data from more than 40,000 men who were followed between 1986 and 2006. During that time, participants regularly filled out questionnaires on their medical status and dietary habits, including how many servings of regular and diet sodas and other drinks they consumed every week.
About 7 percent of men reported that they were diagnosed with diabetes at some point during the study.

The researchers found that men who drank the most sugar-sweetened beverages - about one serving a day on average - were 16 percent more likely to be diagnosed with diabetes than men who never drank those beverages.

When nothing else was accounted for, men who drank a lot of diet soda and other diet drinks were also more likely to get diabetes.

But once researchers took into account men's weight, blood pressure, and cholesterol, those drinks were not related to diabetes risk.

The study concluded that it was other behaviours that correlate with diet pop drinkers that put someone at greatest risk for Diabetes… People at greatest risk for Diabetes may be choosing to drink diet pop because they are trying to lose weight and reduce their risk. If you took those same people and factored out their other risk factors you would find that it is NOT the diet pop tat is the key problem…

There you have it dear girlfriends… order is restored. I’m a healthy food militant and a fitness freak. If I want to cross the border a have the occasional Diet Mountain Dew in a Bodega in the big Apple I am not putting myself at an increased risk for Diabetes. As for Cancer? The jury is still out. So for now? Please world…. Don’t share you opinions with me and I won’t share my pop with you.
Posted by Girlfriend's Guide to Health at 4:35 AM