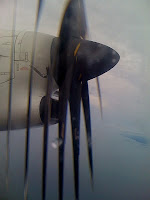 Man or Woman really was not meant to fly. Never mind the physics of it all and the fact that we have neither the wings nor the fortitude for that kind of altitude and stamina. Put a group of people in an airplane and you really can see the human race at its worst.

In theory, an airplane should be the happiest place on earth. It is a seated mode of transport where you are protected from the perils of the outside world. There is something both liberating and reassuring of having to turn your cell phone OFF for the duration of a flight.

The seats on a plane are small, but the air is oxygenated and for the most part there is always a movie or two that you have not seen and have always wanted to. The washrooms are clean and every once in a while someone comes around and offers you something to drink.

If you have the luck and superiority of sitting in business class, there is even nice plates to eat off of and on flights more than 5 hours, cookies are often baked on board and served by someone who pretends to care about you and tries to be pleasant despite his or her better judgment.

In practice, however, an airplane is a Pandora’s box of the worst human condition has to offer.

People are invariably at their worst on a plane. Babies cry at will, children whine and run up and down isles. No one is on his or her best behaviour. Fear of flying, being contained or just the lower oxygen content makes a group of seemingly well behaved human being transform into a group of cranky, rude animals who don’t regard the comfort of others for any considered period of time. I am fairly certain if any plane I am on goes down… I am on my own as far as exits and emergency evacuation. This pissed off mob will not stop to help me with my seatbelt or life vest. It will be Lord of the Flies at high altitude, rest assured.

Putting people on a plane forces them into a confined space where they must interact AND share with strangers. Let’s be frank, people as a rule SUCK at sharing with others. We left the sandbox long ago as a species and took all of our toys with us. Most people treat Socialism like a side dish. They don’t mind it in their medicine or in their educational system, a sprinkle here or there. However, no one wants all things equal all the time, 24/7. No one wants Socialism as his or her main course in life.

I myself love to fly. I find it the perfect solution for getting things done. Never am I more productive than strapped to a seat at 35,000 feet with only a laptop and an in-flight entertainment to keep me amused.

I do my writing, my billing, hell my taxes all while the world passes by below. No worries about what calls I might be missing, no concerns that the laundry needs to be folded or the dogs needing to be walked.

In fact if they would put a treadmill on my next flight and I could go for a run somewhere between Vancouver and Toronto, I would spend my life commuting.

But I do have some reservations….

For example:
What is with the arm rests? I once read an article on armrest etiquette on a plane (in my defense it was in the in flight magazine and I had nothing else to read) and it clearly stated that the person in the middle seat GETS BOTH ARM RESTS. I realize this is not a well know fact, dear girlfriends so please spread the word…

I often sit in the middle seat in an Emergency Exit isle. I like having more legroom and don’t mind sacrificing latitude for longitude. Inevitably I am sat, however next to some businessman (no I am not generalizing, it is usually a businessman and he is most often from the land of “Overwhelming Self-importance”).

He wears comfortable business loafers with dress socks that usually match his trousers and he has a laptop case the size of an eight year old. This is the man who ruins my perfect airplane experience. He uses both arm rests with abandon and spread out across the row of seats as though it were his living room couch.

I often wonder about the whole sitting/leg room issue on a plane.

I am not one to “sit still” on a good day. I have long prescribed to the belief that “objects at rest tend to stay at rest, objects in motion tend to stay in motion.

I am fast approaching 40 and I have a lot to do in this life. Sitting still is for babies…. I gotta move.

Furthermore, one of the risk factors for D.V.T.’s or deep vein thromboses (blood clots in the leg) is immobility. We were taught in medical school to ask patients about any long haul travel when they presented to hospital with symptoms suspicious of a DVT.

A trial published in the British Journal of Hematology in 2002 examined the risk factors for DVT among 568 consecutive patients presenting to a British Hospital with blood clots in their legs. They found now significant risk of DVT among people who had been on long haul flights (anything over 3 hours) unless they had other risk factors for blood clots (such as smoking or a family history.

An effect is seen once travel duration exceeds 6 to 9 hours and becomes obvious in long-haul passengers traveling for 12 or more hours. A recent study published in 2005 in the International Journal of Hematology found that increase in thrombosis rate among arriving passengers peaked during the first week and was no longer apparent after 2 weeks. Long distance (more than 8 hours) travelers had a 2-4-fold increase in relative thrombosis risk compared with nontravelers, but the averaged absolute risk was very small. There was approximately one DVT for every 2 million travelers and there is no evidence that thrombosis is more likely in economy class than in business- or first-class passengers.

Furthermore, laboratory studies show that these patients likely all have an underlying clotting disorder of some degree and the long flight just “bring it out” in them.

My family has no history and I quit more than 10 years ago. Yay for me.

And so here I settle in to the middle seat on the 7 am from Vancouver to Toronto. There is the latest Woody Allen movie for viewing (the one I really wanted to see) and a man to my left who computer is as large as his elbow. Both are now in my personal space.

I have four hours and fourteen minutes (4:36 gate to gate) and a lot of work to be done. I’ve taken my Cold FX (who knows if it really works) and a baby aspirin. I breathe deep and face the radiation like the brave soul I am and flex my legs every few minutes in the name of good circulation. And just for good measure, I move my elbows onto the armrests into the “UP AND LOCKED POSITION”. I am soooo ready for take off.
Posted by Girlfriend's Guide to Health at 5:27 AM