Too Sleep, Perchance to Dream 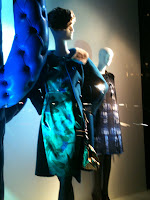 Do you remember when you were little and you had a nightmare? When you woke from sleep with a start and the room was dark and the world was terribly frightening and the fear tasted like a metal popsicle at the back of your throat? And all you could do was run to your parents bedroom and ask to be allowed into bed?

There I was at five or six or even eight years old, standing at the foot of my parents bed at some unholy hour with my feet digging into the shag carpet hoping that they would wake up to my whispers….

“Mommy?” I said in a whimper, “I’ve had a bad dream. Can I sleep with you and Dad?” There it was. A plea and a prayer. Please let her not banish me back to my own bedroom where God knows what freak of my imagination was waiting to cut me up.

It was the 1970’s girlfriends. Horror movies were a whole different genre. We’re talking Friday the 13th, part one, Halloween, part one and Steven King before he has a family and antidepressants. These were frightening times.

I think one of the older kids in the neighbourhood had convinced me to see Carrie the night before and my subconscious had feasted on blood and terror while I snacked on licorice. Between the sugar high and the jarring scenes, I was just ordering the perfect slumbertime scare straight off the menu.

As a professional multitasker, I am die hard fan of the power of the subconscious. I love it that while my body sleeps, my brain tries to make sense of the previous days’ events. It seems like a very efficient way to work through ones psychological baggage.

Why just last week I had the most amazing dream. Having spent the evening watching web casts of the spring fashion shows on Style.com, I had the pleasure of dreaming that I was in a Chanel fashion show.

Let’s be clear, I have neither the hips nor the bank account to support anything Chanel has to offer, but in my dream it did not matter. I met Karl Lagerfeldt and he told me in perfect French (yes, in my dream, I was fluent) that I was his new muse. LOVE IT!

But then there are the nights when I’m a little too tired or a little too stressed and I make the mistake of watching a little too much HBO before bedtime. And before I know it, it’s three in the morning and I’ve woken from a really shitty dream. I empty my bladder and try and recollect myself as I fall back into bed and try not to think too much so that I can be back asleep before I know it.

The eight year old in me is alive and well. And now I crawl back into bed with my boy and snuggle into him. My pups fall into line; one next to my head and the other curls up by my side. I listen to everyone snore and try to sync my breathing with theirs and pretty soon, before I know it, it’s morning.

Overall, half of adults experience nightmares - women twice as often as men. Studies show that we start having nightmares around the age of five. Children ages 5-15 have on average one nightmare per week. The frequency of this drops off after the age of 25. Between the ages of 25 and 50, 25-50% of people have about one nightmare per month.

The cause of nightmares remains unclear. However, previous research suggests that stress may play a key role and that nightmares may actually serve a beneficial function. A study published in DREAMING in 2002 examined the overall relationship between stress and frequency of nightmares. The study’s hypothesis was that nightmares in fact may serve as a coping mechanism for stress.

Comparisons were then conducted for daily stressors, life stressors, social support, and coping. Most notably, this study demonstrated a positive association between nightmares and coping with stress.

One of the questions the study could have answered was whether people who develop better coping mechanisms actually develop more nightmares? In other words, can your frequency of nightmares reflect your ability to cope with stress as well? As you get better with stress, do the nightmares decrease?

Studies show that alcohol consumption and certain medication as well as certain foods (those with higher sugar content) can increase the incidence of nightmares. Further studies have suggested that people with increased frequency of nightmares may have residual effects of feeling anxious the day after the actual bad dream.

SO there you have it. I’m working out my life’s problems through my freaky dreams.
Maybe I am a bit bitchier on the morning after, maybe not; A small price to pay to working out life’s challenges.
As for me, a margharita and HBO before bed tend to increase the risk of a “bad ass” dream. Some herbal tea and a good fashion magazine and I am guaranteed a good night’s rest and a fantasy walk in Paris fashion week.

So goodnight dear girlfriends, I'm off to sleep. Perhaps, I’ll cope, perhaps not. Regardless, I hope my subconscious has something to entertain me with.
Posted by Girlfriend's Guide to Health at 6:43 AM