And the Band Played On... 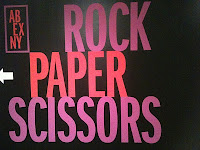 The power of music has always fascinated me. As a kid I can remember standing in front of my living room window and performing the entire score to the Broadway musical Woman of the Year on a regular basis.

It was more than a make-believe moment for me. Some kids played sports after school, others road their bikes in the street. I stood in front of a living room bay window and played “musical theatre” all on my own. I would put a tape into our cassette recorder and belt out the score for the entire front yard to see and hear.

Let’s be clear…. This was the 1970’s. Musical theatre was still relatively underground among eight year olds. I memorized all the parts to “A Chorus Line” well before it was cool.

In 1979, my parents went to New York City and brought me back the soundtrack to “Woman of the Year” starring Ms. Lauren Bacall. I fell in love with her before the end of the opening number. I sang the part of Tess so many times that to this day I have the words emblazoned on my brain. My living room was host to easily 120 performances of “Woman of the Year” with yours truly bringing down the house each night.

I played the damn thing so much, I warped the tape. For those of your reading this who have no idea what a tape cassette is, safe to say, that’s a lot of times.

It was not just musical theatre that caught my musical attention. I remember playing 33’s of Journey, Air Supply and Trooper and singing along as though I was the world’s greatest groupie. From Mr. Roboto to the Boys in the Bright White Sports Car, I memorized every note and every lyric.

I sang into a hairbrush, a curling iron or a can of hairspray. I was my own rock star.

In my teenage years, the tapes moved into CD’s. Stacks of the things filled my life like little towers of tunage in various combinations around my bedroom.

Then there was the MIX TAPE. Remember the MIX TAPE? That one perfectly crafted combination of tunes of all shapes and sizes put onto one tape/CD as the ultimate measure of self expression. Who you were in life was who you were on a MIX TAPE. Want to tell someone you think they are THE ULTIMATE? Say it with the perfect combination of Peter Gabriel, Stevie Nicks and some Supertramp. No need to say what you feel.... put it in a MIX TAPE. Wrap it up with a home made cover page and you have yourself the ultimate piece of self-expression.

Every mix tape I made was inevitably called "A to Z SPECIAL MIX" I thought I was being so clever.

My twenties saw the birth (and death) of Napster and the digital music movement. I sang my way through it all. In my head I sounded like Beyonce. In reality, I carried a tune across the bedroom and just barely made it.

I’m not a bad singer (there’s a healthy sense of self esteem) but I’m not a good one. How shall I put this? If I auditioned on American Idol, I WOULD NOT make it to Hollywood, however, there would also NOT be a You-Tube video of me singing some sort of freaky rendition of “Poker Face”. Nuff said.

But I do love my music. I like the beat of anything, the rhythm that fills up your brain and instantly puts you in a better mood.

Even at this moment I am listening to my latest I-Tunes download (yes I paid for it, thank you very much) and tapping my heels while I pen this little bit of magic.

Of course I am sitting in a café and mouthing the words to Eminem’s “Not Afraid”. Those around me likely think I am some sort of psychotic writer. I like to think of myself as “creative”.

A study presented in New Orleans at the American College of Cardiology Annual meeting in 2008 showed that my mp3 player might be on to something.

Ten healthy, non-smoking volunteers participated in all phases of the randomized study. There were four phases. In one, volunteers listened to music they selected that evoked joy. The volunteers brought recordings of their favorite music to the laboratory. Another phase included listening to a type of music that the volunteers said made them feel anxious. In a third session, audiotapes to promote relaxation were played and in a fourth, participants were shown videotapes designed to induce laughter.

Each volunteer participated in each of the four phases, but the order in which each phase occurred was determined at random.
Prior to each phase of the study, the volunteers fasted overnight and were given a baseline test to measure what is known as flow-mediated dilation.

This test can be used to determine how the endothelium (the lining of blood vessels) responds to a wide range of stimuli, from exercise to emotions to medications.

The theory behind this is that the endothelium has a powerful effect on blood vessel tone and regulates blood flow. It also plays an important role in the development of cardiovascular disease.

After the baseline test, each volunteer was exposed to the music or humorous video for 30 minutes. Their endothelial function (or “stretchiness”) was measured periodically during each phase of the test.

In other words, they were listening to Madonna and having their endothelial function measured. Additional dilation measurements were obtained throughout each phase to assess changes from baseline. Compared to baseline, the average upper arm blood vessel diameter increased 26 percent after the joyful music phase, while listening to music that caused anxiety narrowed blood vessels by six percent.

During the laughter phase of the study, a 19 percent increase in dilation showed a significant trend. The relaxation phase increased dilation by 11 percent on average.

Further studies have shown that music therapy can be beneficial for patients undergoing chronic treatments such as chemotherapy or dialysis.

So there you have it.

Right and left brain unite. Strike up the band…. And cue music please. If you need me, I’ll be in my shoe closet lip-syncing for head AND heart’s sake.
Posted by Girlfriend's Guide to Health at 6:55 AM