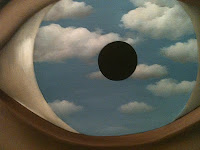 When I was five years old I played “doctor” with “Michael N.” in the basement of our neighbour Karen’s house. I can remember it as if it were yesterday. Actually my memory of the basement room is far more accurate than that of the activity that took place in it. There was an empty dog harness hanging from the ceiling that Karen’s father told us was an “invisible dog”. I no more believed in the validity of the dog as I did about my medical skills at the time put given that we were pretending I figured it could not help but imagine Karen’s family pet hanging from the ceiling in the basement.

I always insisted that Michael be the patient. He was 2 years my senior and I was a rather ambitious 5 year old. This made for an agreement on both our parts.

My point is that “Playing Doctor” is a ritual that I would argue many of us have done in our lifetimes. Usually it is well before the age of maturity and child behaviouralists claim it is a way in which children explore their bodies.

Michael would present with a bunch of imaginary symptoms.
“Hello Dr. Ali” he would say, “I have a cough” and down we would go to Karen’s Basement aka: my exam room past the imaginary/invisible dog into our play room where I would examine Michael with a Fisher Price Doctor’s kit and diagnose him with anything my imagination could conjure at the time.

Let it be know that I never made Michael show me anything more than his underpants. One might say that even back then I was adamant that my patients preserve their dignity.

Last week I met a woman who insists on preserving her inner child. By this I mean, that at 73 years of age, she is till playing doctor. Although I suspect her office is somewhat more the likes of her den or home office and there is no invisible dog. There she sits in her living room or extra bedroom on her computer “Googling” her symptoms and waiting for the word “cancer” to appear on the screen.

She was kind enough to come to her doctor’s appointment armed with the fruits of her Google searched. I kid you not. She handed me a four-page print out of her symptoms and a cross-referenced list of what the Internet had to offer in terms of her diagnosis and her treatment.

A population based survey out of a major pharmacy chain in the UK shows that 81% of people have researched their symptoms on the Internet and made a self-diagnosis BEFORE they ever see a doctor.

A further Australian study shows that 1 in 4 Australians use their Internet searches IN PLACE OF a doctor’s visit for self-diagnosis.

According to the 2009 Health Care in Canada Survey, 84% Canadians are online Internet users (24million). Seventy percent of Canadians have visited a health care website in past year in order to achieve a diagnosis or information about a medication or symptom.

Many online Canucks (almost 60%) are using the Internet to conduct their own self-diagnosis. Fortunately, 51% of those playing “cyber doctor” say their own diagnosis via the Internet is confirmed as correct after consultation with a doctor.

One in five Canadians say they visit their doctor less often because of information they received on the Internet.

Look, I’m a fan of the Internet. It is by far one of the greatest vehicles of information there ever was. Yah, and I can shop from the comfort of my own bed. Buying shoes while lying down? That’s genius.

But should we not draw the line somewhere? Shouldn’t you have to take some sort of medical intelligence test before you can just punch in all your symptoms on a screen and wait for the word “cancer” to pop up in response?

I do think self-diagnosis has its place. It does make patients more informed and offers them and avenue to have many of their fears alleviated. Furthermore, it provides them with a volume of resources that as a single physician I could only dream of providing.

In reality, most of the time the Internet makes my job a hell of a lot easier. People come to my office with informed questions and a place where they can often find added resources.

But then there are those extremes. Those “one in a hundred” cases where someone really uses their high-school biology powers for evil and not for good.

All I know is as long as human beings have had a quest for knowledge we have found ourselves in some sort of curious situation in some sort of basement, trying to find the secrets of the universe.

Maybe that should be enough for me? Maybe it should be a comfort to me to know that all of this… the google searches and cross-reference lists are a sign of humanities quest for wisdom? Maybe we’re all just a bunch of six-year-olds just trying to play doctor in a world we all want to make sense of.

Maybe I’m full of shit. All I know is that I have the BEST of memories of that basement/doctor’s office so many years ago where dreams and diagnoses were made under the watchful eye of an invisible dog. And just like back then, as long as no one gets hurt, is there really any harm in pretending once in a while?
Posted by Girlfriend's Guide to Health at 6:00 AM