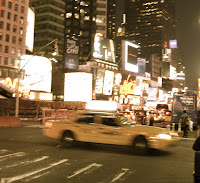 Girlfriends... safe to say, I've had a bad day. Yes I know you can't help but sing it, but allow me to explain.

This past weekend was spent with a 72-hour stint on call in an Intensive Care Unit in Southern Alberta. I slept a total of 12 hours in three nights. At four in the morning on Monday a man threw up on my Jimmy Choo motorcycle boots. I am not complaining. It was not his fault. He was having a heart attack and I take full responsibility at all times for putting any of my shoes at risk of encountering all bodily fluids.

My refusal to wear appropriate footwear for the last ten years of practice is the cross (or in this case, vomit) my Manolos must bear.

On Monday while buying a coffee a the local Starbuck’s I tried maneuvering my rental car into a parking stall that was far too small, taking out a minivan’s brake light in the process.

Here. I take some of the responsibility but not all. Yes, I was sleep deprived and my spatial relations are questionable on a good day (my shoe closet be damned). And yes, I get behind the wheel of a car at best 4 days a month. Furthermore, I don’t own a car and am obligated to, when I do drive, use rental cars, which inevitably are huge beasts to begin with. This one was a Chrysler 300 or something…. I only name drop here so you can see that this was in fact a big car; they would never give that high a number to a little shit box, you see.

Finally, the woman who had parked this minivan (yes, I hate minivans… you can sense my contempt and it is real) used more than her fare share of a parking spot. All things considered… contact was made. My Chrysler 300 smashed the brake light of her bullshit minivan and took out the plastic light.

Make no mistake, after exchanging information, I still went inside and bought myself and Americano. Safe to say however, it was a BAD day. Between the lack of sleep, the stress of the job, the puke stained Choo and the brake light carnage, my week was starting with the kind of day that makes most of us want to crawl back into bed an embrace a fetal existence.

But amidst my BAD day I am forced to ponder how many other sisters out there are sharing my pain. What make a day BAD? As a doctor I realize all too well that there is no monopoly on sorrow. I no longer can count the amount of death certificates I have signed in my decade of a career thus far. I have been the bearer of many a bad news and created my fair share of BAD days.

I think of my patients at the hospital having GOOD days and BAD days. I think of their families at home stressed and worried or relieved and grateful having similar BAD and GOOD days respectively and my shoes and my sleep and even the brake light are irrelevant.

In 1964, a Psychologist by the name of Helson coined the term of the adaptation level theory. He sited that people react more to changes than to stable conditions and are thus more sensitive to new things. Change, therefore, produces strong reactions, but the circumstances that result from the change gradually cease to elicit a reaction and eventually become taken for granted. By this theory we tend to adapt to either that which is good as long as it lasts long enough or that which is bad as long as bad is the norm. Applying this theory to human happiness, Brickman and Campbell (1971) postulated a "hedonic tread- mill" by which long-term happiness will remain roughly constant regardless of what happens because the impact of both good and bad events will wear off over time.

How long the impact of everyday events lasts was studied by Sheldon, Ryan, and Reis (1996). Bad events had longer lasting effects. In their data, having a good day did not have any noticeable effect on a person's well-being the following day, whereas having a bad day did carry over and influence the next day. Specifically, after a bad day, participants were likely to have lower well-being on the next day.

Although the results are technically correlational, something must cause them, whether it is the bad day itself causing the subsequent bad day or some other cause producing the consecutive pair of bad days. Either way, the bad has stronger power than good because only the bad reliably produced consecutive bad days.

So there you have it. I am indeed not alone in a world where life changes on the turn of car wheel. Forgive me dear girlfriends if I wax philosophical this week. Perhaps the lack of sleep has made me a bit existential. Perhaps I really am this deep and it has taken a few dozen blogs to get it out of me. Perhaps I’m just a woman who had a BAD day and needed her girlfriends to lend and ear….

And so armed with this data, I stood on the crest of Science trying to break the theory. This morning I boarded a plane to New York City and spent the last three hours window shopping on 5th avenue. Take that! And yes…. I did wear my newly cleaned (no vomit here) Jimmy Choo motorcycle boots….

Tomorrow I will get up, put on a different pair of inappropriate footwear and walk off head held high into the future. Who knows what the days will hold….
Posted by Girlfriend's Guide to Health at 8:59 PM