What I Did for my Summer Vacation 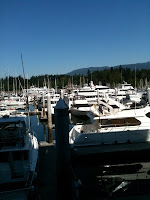 I have recently made a discovery. This is not a landmark finding and I am quite sure that I am rather “late to the party”, so to speak. Bolstered by a new and fabulous friendship, I have begun watching MTV’s rather infamous reality television series “The Jersey Shores”. It began innocently enough. My girlfriend assured me that I am both smart enough AND deep enough to entertain myself with this kind of cultural journey. I was intrigued and always on the lookout for a new way to escape from reality (hence my shoe closet). I decided to take an entertaining leap into the down the social looking glass that is MTV.

So I downloaded, legally of course, (even God has an I-Tunes account) season one. Like a giddy schoolgirl with her new school supplies, I excitedly transferred the entire season to my IPad and let my journey begin.

The Jersey Shores is a reality television series which takes place in Seaside Heights, New Jersey. This, I understand is New Jersey’s answer to a summer beach community. Filming also took place in Atlantic City, Toms River and Neptune; all small seaside communities in New Jersey.

The show follows the “lives” of eight cast members living in a summery beach house together for a summer in Seaside Heights. In exchange for room, board, tequila and cheap fame, the cast members are required to work shifts at their landloard/employers t-shirt shop.

I have not gotten to know each cast member well as I am just finishing the first episode. However, in the limited 30 minutes I have spent with “J-Wow”, “Snookie” and “the Situation”, I have formed several clear conclusions.

The series premiered in 2009 and has stereotyped Italian American more than any Scorsese film could ever hope to do. Within the first five minutes of episode one, I was being lulled into a cultural offensive bath where using slang words were now acceptable terminology.

Cast members openly refer to themselves affectionately as “Guidos and Guidettes” and this is not just acceptable but complementary. My left wing now bruised and broken ten minutes into my “Jersey Shorathon” as I searched desperately for the moral imperative.

In a letter to the network, UNICO called the show a "...direct, deliberate and disgraceful attack on Italian Americans...". UNICO National President Andre DiMino said in a statement "MTV has festooned the 'bordello-like' house set with Italian flags and red, white and green maps of New Jersey while every other cutaway shot is of Italian signs and symbols. They are blatantly as well as subliminally bashing Italian-Americans with every technique possible..." Around this time, other Italian organizations joined the fight, including the Order Sons of Italy in America and the Internet watch-dog ItalianAware.

I am a BIG supporter of Italy. Hell my closet is as much of a monument to the country as the Trevvi Fountain. I am also a big fan of LANGUAGE…. Any language.
Was it too much to ask to have my Shorathon with a side of Politically Correctness? Could we not save the cultural insults and prejudices for Fox network?

And then it happened. The veil of conscientious dirty guilt washed off me as quickly as Pauly-D’s spray tan regimen. This show had lessons to teach, principles to convey. There was as much of a moral imperative to this seaside summer raunch as there was to a Girlfriend’s Guide. Perhaps the two could even meet on a higher ground… say somewhere outside upstate Connecticut for a Cross-Cultural Camp David that would appeal to self-tanners and non-self tanners alike?

If life truly is the best educational system available then here is what GGTH has to teach my new young flock of Jersey gulls….
1. Nicknames:

Everyone on this show has a nickname. Mike is called “the Situation” because his abdominal muscles are said to be “a Situation”. There is Jennifer, aka “J-Wow”, Angelina is “Jolie” (obviously) and Nicole is “Snooki”. Paul is of course a DJ and hence the “Pauly D” (the J is silent) and Sammi is “Sweetheart” and true to her name and I quote, “The sweetest bitch you will ever meet”. I will hold my call on this one until I have seen a few more episodes but check back my cyber sisters…. I will let you know.

All nicknames have been chosen by the individual. Nicknames first began in the 12th century in England when people were given “Nick Names” based on their parents occupation or even skills.

American use more nicknames than any other country.

A study published in the Journal of Applied Psychology in the early 1990’s, examined whether a child’s first name influences the scores they receive in a standardized grade six testing. The study showed that a child’s nickname played a role in their own performance on the test and their self perceptions of attractiveness to others. Moreover, children with desirable first names scored higher on a standardized test of academic achievement. One possible interpretation is that teachers expect children with more popular names to do better and so, over time, those positive expectations translate into actual higher levels of achievement.

One particularly suggestive study, done in 1954, looked at 1,682 case histories of children treated in a mental health clinic in New Jersey. Boys with unusual first names (names that occurred only once or twice among the group of children) were more likely to have moderate or severe emotional disturbance, compared with boys with more common names. (The same effect was not found among the girls in the clinic, however.)

Perhaps this is why they all do tequila shots? Are they self medicating?

Enough said. This one is easy. Pauly D has a tanning bed in his home. A meta-analysis published a few months ago in the Lancet, looking at 20 different melanoma studies concludes the risk of skin cancer jumps by 75 percent when people start using tanning beds before age 30. Experts also found that all types of ultraviolet radiation caused worrying mutations in mice, proof the radiation is carcinogenic.

I know that a name like “Pauly D” implies some sort of superhero powers, however, even Superman had Krypton Pauly…. Beware young man. Save the UV bed for your fifties. When it comes to tanning…. “spray it, don’t lay it?”

Tequila is really not a food group. I’m 30 minutes into the first episode, it is 10 am and Snooki is doing shots. I’m not a square (okay I am) but women who drink do have 1.7 times the risk of breast cancer as those who don’t. Snooki… do your double D’s a favour and put the shot glass down.

The show has a high protein shake factor. I am a fan of fitness. I hate protein shakes. I have always maintained that I will only drink my meals AFTER my first stroke. A small trial published in new England Journal of Medicine showed increased weight loss in Obese patients who used a protein supplement for breakfast relative to those who did not. Another study in the Journal of American Physiology published in 1990 showed no benefit of drinking protein shakes vs. eating protein apart from convenience. Drink up “Situation” if you must…. it will not kill you, nor will it, according to the evidence, make you stronger.

And so my list complete, my lessons learned, I am off to finish the watching the first season of The Jersey Shores as only a vapid voyeurist can. I call it cultural research. That’s my story and I am sticking to it.
Posted by Girlfriend's Guide to Health at 8:07 AM