Scent of A Woman 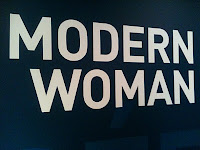 It is summer in Vancouver and the city is a tourist haven. My apartment building has become a high-class hostel for any tourist who can afford to shell out a couple grand a month for a place to stay.

You should know that as a rule, some tourists (you know who you are) are not big fans of deodorant. In fact the elevator has become the perfumed equivalent of a Paris Metro.

What is with the body odour thing? Is it like a Survivor episode where people can’t smell themselves because they’ve been stinking for so long they’ve adapted? I understand that during Henry VIII reign, the king’s court smelled like a shit hole. Women fainted from the stench, the corsets and the general lack of oxygen. Bathing was done about once a week at best. People adapted because essentially everyone smelled... to varying degrees. That was then and this is now. Corsets and beheadings be gone. With democracy comes soap and water.

As I sit to write this very entry I am in a café in Vancouver’s West End and a couple has taken the table next to me. They each have a set of dreadlocks that by their very scented nature have not been washed since the early 90’s. When they lay their heads down on pillows at night, do they fall asleep or just pass out from the fumes?

I know I am being cruel, but as a doctor, I have had my nose near a lot of nasty… this was not good. This was bad body smell…. I was trying to drink my coffee and They were ruining my buzz.

The good news is that this café has a lovely bakery attached to it and now smells like a combination of bad feet and cinnamon buns. I had always wanted to try one of said pastries and now am officially off carbohydrates for at least another month.

I am not suggesting we all visit the Jo Malone Counter at Saks or Neimans or Holts and find our “signature scent”, but a little modicum of deodorant, hell even soap? Is it too much to ask for people to NOT go around smelling like they are living out of their cars?

I realize my cyber sisters that some of you have now stopped to smell yourselves…. I know you’ve put the laptop down for but a moment to take a whiff of your own “pits” just to assess the “state of the nation”. Let me expand your horizons with knowledge whilst you sample the fragrance counter.

Sweat is truly odourless. That is FRESH sweat. IN fact our skin produces two main forms of moisture…. Sweat and sebum. Each are produced by sweat and sebaceous glands respectively and designed to cool the body down and lubricate the skin. Both don’t have a scent about them. It is the bacteria that live on our skin that break down said fluids into other chemicals that in fact cause the individual ranker that can be savored in my apartment elevator.

The more bacteria on skin… the more the smell. Why do arm pits and certain cracks and crevices smell worse than the back of your hand? Simple…. The more bacteria, the more chemical breakdown of sebum and sweat and thus the more pungent the body part. Pure chemistry my dear girlfriends….

Several studies have looked at human body odour and shown it to be similar to one’s fingerprint. The bacteria present on each of our bodies are slightly different in all of us. It goes to reason, if we have different bacterial flora then we’ll wind up with a different scent once these “multicultural” critters go to work breaking down our own genetically different fluids. Yes, each of us is our own smelly little snowflake….

Several studies have shown that women smell differently based on their menstrual cycles. One such study showed a distinct correlation between human body odour during a woman’s menstrual cycle and their attractiveness to men.

Independent male counterparts smelled the shirts and gave “feedback” about which ones were most attractive.

In 26 of the 29 shirts the men voted the ovulation phase as the most attractive. Be advised, sisters, these boys did not know which phase was what and the t-shirts were apparently stored in some super top-secret smell preserving chamber….

You know how particular the British can be…

Silly study? But of course…. But hell it sure made me say, “hmmmm”.

It also made me get up from this posting and immediately shower, talc and spritz. Lather rinse repeat, ladies…. Lather. Rinse. Repeat.
Posted by Girlfriend's Guide to Health at 8:22 AM