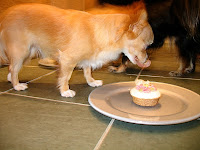 Women united (and the odd man out) it has come to my attention that birth control pills always are named after "the good girl" in high school. There is Dianne and Alesse (could be pronounced Aleez) and even Yasmin. The names themselves imply an easiness and a care free nature. Dianne could as easily be the teenage girl who minds your children let alone the pill you take daily to prevent their existence.

Incidentally, let it be said that I am all for the choice of women for the fates of their own bodies. Politics aside this is not a statement on planned parenting. I am here to celebrate the new age of contraception.

The birth control pill turned 50 this past week and everyone needs a party.

When the Pill hit the market in 1960, 30 states had laws restricting the advertising and sale of contraceptives. Two states banned them outright. Those laws were rendered invalid for married women by a 1965 Supreme Court decision and the ruling was expanded in 1972 to cover all women. In Canada, the pill became legal and available in 1965.

The "push for the pill" did not come from the pharmaceutical industry but rather from a nurse and founder of Planned Parenthood, Margaret Sanger.

In 1912, Sanger gave up nursing work to dedicate herself to the distribution of birth control information. The Comstock Act of 1873 was used to forbid distribution of birth control devices and information and in 1913, Margaret was indicted for "mailing obscenities". She fled to Europe, and the indictment was withdrawn. In 1914 she founded the National Birth Control League and in 1916 Sanger set up the first birth control clinic in the United States. She was arrested and charged on several occasions and even sent to a women's work house for her activism. That being said, Sanger led the charge which helped change the laws giving doctors the right to give birth control advice (and later, birth control devices) to patients.

I can't imagine a world where as a physician I could have been arrested for advising a women to use birth control.

At first I thought that naming a pill Dianne or Yasmin was ridiculous. Then it dawned on me like a big beautiful diaphragm coming over the horizon. A century ago it was illegal to advise a woman about the use of birth control. Fifty years ago the dawn of a new age emerged where women could decide independently if they wished to conceive or not. Forty years ago the Birth control became a drug that propelled a generation and a movement towards female empowerment and Independence.

And today we gave the drug a name just like any other chick we know. Last week I went to the washroom at a movie theatre and there was a massive poster of Yasmin on the floor of my cubicle. What would Ms. Maggie Sanger think about the ovarian grafitti come advertising beneath my feet?

I suspect she would pour herself a scotch (in my mind she drinks scotch) and praise the dawn on an intelligent new day.

As for me I will raise my martini glass in style in homage to those Margarets who came before me and who brought with them a woman's world where a 50 year old revolutionary pill has a history filled with pain and progress, transformation and reform. I no longer shake my head or cringe my nose at the notion that the birth control pill has just another girl's name.

In fact, stand tall my girlfriends. Clear your throats and sing along with me....

Posted by Girlfriend's Guide to Health at 10:12 PM