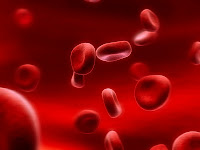 I graduated from medical school in 1996. The television show E.R. had been on the air for more than two years. IN fact I can remember my medical school class convening on a local pub in September of 1994 to watch this "brand new MEDICAL show"!! The show would speak to us. The show would guide us to through the maze of future inadequacies and insecurities and emotional landmines that would lay ahead. When we were feeling sad and lonely and just not good enough, NBC and the cast of ER would help us make it through.

And so we huddled around the pub television in Hamilton, Ontario and awaited our prime time salvation. Fortunately he appeared as he did every Thursday for years after in the form of George Clooney. Now, I have been in medicine since 1993 and it is safe to say that there are thousands of doctors nurses, pharmacists and support staff who have come into my life. It is safe to say that there has only been one George Clooney and we have yet to meet.

In fact I mean no disrespect to any of my medical colleagues past, present or future when I claim that no one in medicine looks like George Clooney. Now one could make an argument that things have changed in the television hospitals since the 1990's.

Let's take Grey's Anatomy for example. It is a show on ABC about surgical residents in a Seattle hospital. Examine the evidence please.... Meredith Grey is a babe. Lexi Grey is a hottie and Christina Yang has phenomenal hair. They are all surgical residents at Seattle Grace hospital with impeccable skin and all the right answers. They have a ton of friends and all get along famously. They drink like functional alcoholics and look remarkably fresh and stunning after 36 hours of sleepless call. One of the show's male leads could easily be considered the George Clooney of the 21st century. Dr. Derek Sheppard aka Dr. McDreamy is played by Patrick Dempsey.

The closest I have ever been to someone of Patrick Dempsey's hot-ness in any academic setting is that I had a tiger beat poster of him up in my junior high locker in 1983. Enough said.

I am not saying that doctors are not a good looking group of professional. Okay, I am. No seriously, it makes perfect sense that there must be some division of talent. Intelligent quotients of 140 and above do not usually come in genetically gorgeous packages. As a rule, God, or Buddha or Alla or whoever DIVIDES. Great skin; bad hair. Big eyes; big thighs. Big brain; small boobs. Nobel Prize winner for Medicine and a runway model..... not likely. The world works better when we all are allotted a certain amount of fabulous and are not too greedy in this regard. Well, at least MY world.

The other day, my dear friend emailed me that he is 3/4 of the way through season one of Nurse Jackie, a cable television show starring Edie Falco about an Emergency room nurse addicted to bad choices and Percodan. I find the show amusing and a revelation in character studies. He is finding it a bit too unbelievable and frustrating. In Nurse Jackie there is a character called Dr. O'Hara who is played by Eve Best. She is brash and stylish and I suspect her role in the show is to be a reality anchor for the lead character as well as a bit of comic relief. Dr. O'Hara wears Manolo Blahniks and has no verbal filter. She is enraged when blood spills on her $500 dollar shoes. In TV speak... her character is brilliant. Yes her footwear is fabulous, even in an Emergency setting, she smokes too much, drinks too much and her bedside manner is crap. In the real world, she is not the doctor I want to be.

So when my dear friend tells me that I remind him of Dr. O'Hara, I can't help but put up my defenses and say..... "It's the shoes". On the one hand, I should be somewhat flattered that I am compared to a woman of gumption and style who wears chanel nail polish beneath her latex gloves and can swim with the sharks in Prada Scuba wear so to speak. But on the other hand was I being reduced to a single image in a cable TV show? Was my entire career a parallel to a character on Showtime? Was it just a number game where 12 years of school and 10 years of practice been reduced to 13 episodes so easily?

And then it hit me. When people ask me what kind of doctor I am, I tell them,
"I'm a specialist in Internal medicine"
"what's that?" They say.
"You know the show HOUSE?"
"Yes. "
"He's in Internal Medicine"

And for some reason that does it. No I am not a crotchety, damaged, lonely man with a fondness for Vicodin. okay, maybe damaged, but the rest.... no resemblance what so ever! It was then that I realized that television is our reference library for life. It allows us to get the headlines without delving into details. Of course if Life really is in the Details.... then as far as my Sony goes... I am missing out.

Research argues that glamorizing the profession on medical dramas is a contributing factor to increases in applications to medical resident programs, which increased from 4% in 1994 (the year ER began) to 5.2% in 1997 According to one study published in 1998 by Dr. M. O'Connor in the Journal of the American Medical Association. In essence, O'Connor argued that students watching weekly episodes of ER over 4 years is comparable to a medical student's time spent in a typical emergency medicine rotation. Taking into account television depictions of physicians along with physicians' and public perceptions of physicians, a similar study found that television portrayals and public perceptions of doctors' interpersonal style and physical attractiveness were more favorable than physician perceptions. Interestingly, network television depictions and public perceptions toward doctors' character and power were more negative than physician perceptions. These studies suggest that viewing medical dramas can impact perceptions.

And so like it or not, we all reach for archetypes. My lawyer friends have Law and Order to contend with. My Chef friends have Top Chef. Housewives have Desperate Housewives. Canadians have Corner Gas and we all have Sex and the City. My accountant has no show. Are these accurate comparisons of the lives that we lead and the jobs that we do or are they a sexy, compelling "sum-up-manship" that fails to capture our true vocational essence? I submit the latter but know that despite my protests I can thank all things Prime Time for at least some of the misperceptions the public holds when it comes to the nature of my work.

Let's clear it up people here and now. Medicine is not sexy. My graduating class was of average looks. I have yet to meet a doctor who looks like Eric Dane or Patrick Dempsey or George Clooney. We do NOT have sex in call rooms and I have never seen the boiler room of any hospital I have worked in. And after a long day of saving life after life after life every 15 to 20 seconds,we do not crowd into the same bar where everyone knows us to drink into the wee hours of the night.

The truth? Yah, it's hard work, yes people die. Yes, some of us are jerks and other try their best not to be. Yes, we make mistakes and yes sometimes we do not clean up after them. It's lonely and long and somewhat isolating but the value of the work is there and undeniably there is a commitment that can not be measured.

As for me? My hair could easily rival Dr. Christina Yangs and I do not have her stylist. I look like hell in scrubs and never wear a white coat (not my colour). I don't have nearly the friends in medicine as they do in Grey's Anatomy. I like my job, but I love my life outside of it more.

I'd like to think I am as honest as Dr. O'Hara but that my bedside manner is far superior. I try to treat each patient I see with kindness and respect, regardless of the hour. And as for my shoes? Blood stained or not... they are in a word.... fabulous
Posted by Girlfriend's Guide to Health at 3:00 AM