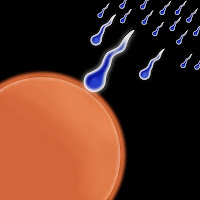 Yes I am that woman you meet at a party at someone's home at 9 pm on a Friday night and you have brought your six month old baby and I have no interest in making cute little faces and holding the child.

Firstly... get a sitter. It's Friday night. Yes, the invitation said "kids welcome", but the hosts were just being polite and did not want to alienate their friends with kids who could not plan ahead. Secondly, I am in close proximity to sick people all day and I like to leave my weekends free to allow my immune system the occasional "night off". And finally, the only thing I want to hold at a cocktail party- well...is a cocktail. Enough said.

I understand that children must be present at baby showers and the occasional brunch but really? Friday Night Cocktails? What has happened to my generation? Back in the 1970's it was perfectly acceptable to leave your infant at home with some teenager who had a babysitting course and a weekend of classes in St. John's Ambulance (remember those videos? I can still close my eyes and see a scissor poking out of a person's forearm).

She was left with a hand written list of emergency numbers, $25 for pizza and a liquor cabinet filled with alcohol (that only the responsible ones did not touch). For $5 an hour in 1978 parents everywhere could only hope for the best. Fast forward 30 plus years and women are breastfeeding in casinos in Las Vegas. True story- would not have believed it had I not seen it myself... hand to God- March 2009, Bellagio Hotel- not the lobby but next to the Craps table.

And evermore I find children creeping into every aspect of grown-up life. Let's face it parents... there are places which should be "grown up specific". I don't know any adult over the age of 20 who would go to Disneyland without a child escort. So can we not keep the infants out of the five star restaurant. Doesn't mommy need both hands to drink her $12 cocktail?

Yes, I can hear you know... I know- it is because I DO NOT HAVE CHILDREN. Yes, and you say this like there is something wrong or missing in my life. Not so. I have thought long and hard about this. I have done the research and spent time with other people's kids and "looked into my soul"....

Guess what? I just don't have it.

The "it" to which I refer to is "the need to breed", the "tick tock", the "mommy gene"... call it whatever you will. I am just not momma material. I am childless by choice and I and my beloved seem to be the only ones okay with the concept.

And no, I don't hate children, I just don't want them. Make no mistake, I have several nieces and nephews- some by blood, some by choice whom I love and enjoy spending time with. But it ends there.

Evidence has shown that child free couples tend to be more educated and more likely to be employed in professional and management occupations. The individuals of child free couples tend to earn relatively higher incomes (both usually working), tend to live in urban areas, to be less religious, to subscribe to less traditional gender roles, and to be less conventional.

David Foot of the University of Toronto concluded that a female's education is the most important determinant of the likelihood of her reproducing. The higher the education, the less likely for her to bear children.

According to a paper "Childless Elderly: What are they Missing?" by Dr. Judith Rempel of the Universtiy of Western Ontario, elderly Canadians without children show similar health statistics than those with children. According to a Canadian Health database both elderly parents and those without children have equal advantages and disadvantages later in life in relation to health, wellness and feelings of emotional wellbeing.

In other words, the evidence suggests that I have the same chance of dying miserable and alone without having had children as if I had three sets of twins before the age of thirty.

And I know my girlfriends with children feel I am "calling some of you out". But in the real spirit of sisterhood shouldn't we do that just a little more? Isn't that what women are supposed to do? Judge each other before we ourselves have a chance to be judged? So consider this my little gift to you my 80% from the new rising minority who will be silenced no longer. I know you are exhausted and overworked and underappreciated and you are hell bent on raising a bunch of individuals who by more luck than anything will not turn into psychopaths who don't take care of you when you are older..... But when did we forget about the women BEFORE they were mothers.

And when did it become socially mandatory to begin every question with, "Do you have children?". Furthermore, when did the sentence, "No I don't have children" become the conversational equivalent to "Yes, I do have Cancer?".

And so I have joined the "Child-Free" because isn't that what this world really needs? Yet another movement hosted by a group of intelligent and angry women who will no longer sit on the sidelines being made to feel badly by other women for their unconventional life choices.

There. I have unloaded my empty uterus and I feel better already.
Posted by Girlfriend's Guide to Health at 3:00 AM