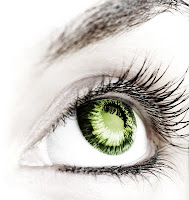 Truth be told, I blame Oprah. I know she is a cultural icon, a hero and truly a life-force for many women all over the world, but Oprah, the WOMAN is killing me. She is quoted more readily these days than the Old and New Testaments combined. In fact I would argue that my patients respect and in fact solicit Oprah's medical opinion more often than they do mine. I am not trying to pull rank here, but do they teach medicine at broadcasting school?

Up until last week, Oprah and I had a pretty decent relationship. I respected her as a legitimate voice of the "post-menopausal" fifty somethings. She tried at times to speak to my generation as well but often lost me when she had shows about "working moms". In fact there were often times where I could even identify with Oprah. She had a weight problem, I had a weight problem. She had no kids; I had no kids. She liked expensive footwear, I like expensive footwear. She was a woman in a man's world and I could draw a similar parallel. IN fact when her dog died, I felt badly for her. I could count on one hand the times I have watched her show this year, but I never miss her "favorite things special" or her "post-Oscars debrief". In short, Oprah and I were okay. We were never going to hole up in some high rise penthouse in Chicago and talk about our connection to the universe but we did have a "live and let live" relationship.

Secretly I wished I had been a guest on her show or a member of her book club, but I could easily contain my feelings of misgivings and coexist long enough to watch one of her shows that promoted one of her movies based on one her books.

And then Oprah dropped the gauntlet and announced her retirement in 2012. It was then one of my patients, "Mrs. Smith" walked into my office and asked in desperation, "what am I going to do? Who will give me medical advice?". And it was in that moment that I broke up with Ms. Winfrey and promptly asked for my "stuff back".

I know we live in a world where there is just too much to process and I know that the media IS the message. I know that on some level it is the very Oprahs of the world who help many make sense of the planet. But did she really have to steal MY thunder? Could she not be content with her one of many homes in Hawaii or Chicago or Florida or New York or wherever? Did she not already have it all? Did she have to be a doctor as well? Here she was a cultural icon, a prophet even and now she was practicing medicine from the comfort of her own HARPO studio? She already was best friends with Barak Obama and Mary J. Blige. She had advised everyone from popes to presidents. Could I not have just one little "Mrs. Smith" of my own.

And so I smiled at "Mrs. Smith" and handed her a tissue amidst her grief for Oprah's impending "office closure". I reassured her that in the absence of the great and powerful Winfrey, I would try my best to scrounge my very little medical brain and measly 20 years of training and practice and do my best to give her MY opinion. And maybe, over time, the wounds would heal and I would just have to be enough of a doctor to make up for the Oprah version she was currently using... We will have to wait and see. After all, fortunately, like the Aztec calendar, we have another 2 years until the world and the Oprah Winfrey show ends, and maybe by then my patient will have found another set of TV land advisors to listen to in lieu of the live blooded human being sitting before her. One can only hope...
Posted by Girlfriend's Guide to Health at 3:07 PM