What to Wear After Labour Day? 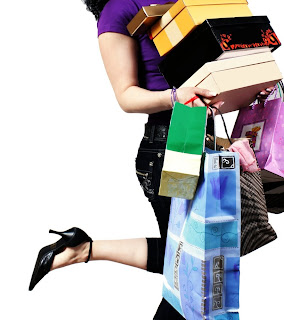 This Labour Day, I let more than 400 people with less than 10% body fat pass me by. Truth be told it may have been more than 400 hundred, I lost count somewhere around the 357 mark. It was the Vancouver Triathlon – Sprint Distance and I had a point to prove. I am not sure to whom this point was proven but now muscles aching, calories burnt and the best post race brunch I have had in a long time I am glad I did it. To top it all off, The New England Journal of Medicine says I will live longer.

I am not one of those people who instantly gets the “runners high”. In fact four years into running, I am still waiting for anything other than pain and the guilt free consumption of carbohydrates to occur after any exercise. I am not complaining. Nor am I minimizing it to make my lazier friends feel better. Triathlons are physically, mentally and fashionably a challenge. To begin with there is the obvious commitment of at least an hour or two a day to all three sports; swimming, cycling and running. You train constantly. Fortunately the activities to chose from (cycling, swimming and running) are varied enough to banish away any boredom of doing the same thing day in and day out. On race day there is still the challenge of 750 metres of swimming in the ocean, a 20 km ride through Stanley Park followed by a 5 km run. It truly is the axis of evil.

Mentally there is no other battle like it. Let us begin on the shores of Second Beach where at 6:45 in the morning I realized the water was a breezy 14 degrees Celsius. Regardless of a wet suit and all my formative years spent in Winnipeg, Manitoba, this would be cold by all standards. After my “practice swim” in the ocean lasting only 10 minutes, my face grew numb, my left foot froze and my resolve grew firm. I would finish this bullshit if it killed me. Sixty minutes later the starter horn sounded and I along with several hundred of my crazy sisters threw ourselves into the ocean for twenty minutes of sheer exhilaration and terror. It was ice and salt and fear and fabulous.

When I leave the water there is a run up the beach to the transition zone, where the cold and the dread melt away as perfect strangers cheer on my victory and in that moment I feel like a rock star. In the transition zone, I collect my bike, run to the start of the cycling course and I am off for twenty kilometers through the best rainforest north of the equator. It was on this ride that I have time to let my mind wander. I mentally clean out my closet, at least twice, virtually write this article in my head, and figure out what I will wear tomorrow as the world falls away in the fifty minutes I spend alone with my thoughts. Whizzing by me is every four thousand dollar Cervelo bike (The Porche of Cycling) and on it a phenomenal display of the human form. I am not embellishing when I say that in the span of 20 kilometres I must have seen more muscles than I did in a year of Anatomy class.

Finally the race ends with a 5 kilometre run that really is like having a salt bath after being sand blasted. Everywhere you have skin you have pain and mentally you do everything in your power to just “be in the moment” and “visualize the finish”. If not for the volunteers and spectators cheering me on I would have sat down midcourse for a latte and a nap.
These are the physical and the mental hurdles that face us all in any of life’s races. But in triathlons there is the added concern of the fashion challenge. As my readers know, I do love the gear. I am not a sporty girl but any activity that allows for an outfit deserves at least give an honest effort.

Triathlons are the quintessential “gear sport”. You have to respect a sport that allows for two costume changes. First there is a wetsuit, which really is a superhero costume. Rarely is neoprene a fabric worthy of praise but apart from keeping me relatively warm at 14 degrees, it truly is the best body lift money can buy. If the suits were thinner and more functional, I would take one in every colour. After emerging from the water the wetsuit is stripped of in the transition zone and I essentially get naked in front of hundreds of strangers.

This is one of the reasons I have dubbed triathlons "the naked sport". Essentially it is a group of insanely fit people with 8% body fat wearing almost no clothing running around from sport to sport in their underwear for several hours. As for me, I am in a racing bra and cycling shorts but I am soaking wet and a bit chubby- this is not a good look for me. I am however shameless or brave, depending on the audience, as I put on my cycling jacket and my cycling shoes. It is a magical costume change that is seconded only by the running outfit that follows. A headband replaces my cycling helmet, the cycling shoes with runners. The true challenge of triathlons really is not the multiple sports but the ability to remain fresh looking at the finish line after several hours, three outfits, an ocean swim and a wicked case of helmet head. Master this and one can rule the world.

And so master it I did, with a smile on my face and a song in my heart. Despite the pain, the cold and the preponderance of “wet spots”, it truly was a glorious was to spend a morning. Always one to challenge my brain, it was a nice twist to challenge myself from the neck down, and to see just what I was made of.

My best friend in Toronto has taken up running. She has two kids, a full time job and easily 500 better things to do with her time. But every morning she gets up at an ungodly hour to meet the dawn and the neighbours for forty plus minutes of a walk/run. She tells me I’ve inspired her with my newfound fitness madness but I truly think it’s become a mutual inspiration. Here I am on one side of the country, swimming, riding or running and there she is on the other with a group of mothers trying to get their fitness in before the madness of their day begins. The polarity of this has never been clearer and yet in my mind it has brought us closer together.

The Nurses Health Study (NHS) is the largest and longest study to date looking at women and risk factors for heart disease. The NHS began in 1976 and to date has followed over 276,000 adult women aged 27 to 44 years. One aspect of the NHS by Dr. Frank Hu and colleagues examined the association between exercise and risk of death among women in the Nurses' Health Study over a 24-year period. The study was published in the New England Journal of Medicine in December, 2004 and showed that women who exercise more than three and a half hours a week have almost half the risk of cardiac death independent of body size than those who exercise less than an hour a week.

I am sure there are days where my friend in Toronto wants to hit the snooze button until it breaks, but she doesn’t (and after reading this she most certainly won’t). There are days for me, when the water is too cold, the road too long, my butt too sore. But a long and healthy life is like anything worth fighting for. It may not be a series of maddening exercises through water wind and fire, so to speak. It may come down to an early morning power walk with the local PTA. As I rode those twenty kilometers through Stanley Park on Labour Day morning, I mentally removed the white from closet and had a little mental connection with my BFF in Toronto, we'll call her "K". In those moments alone with my thoughts and the hundreds of naked muscles whizzing by me on overpriced cycling machines, I was inspired; by the fabulous commitment of the people around me, by a mother of two somewhere in Toronto who was likely finished her morning power walk and sitting down to eat breakfast with her family. Mostly, I was just inspired to spend the coming winter months training for the next great race, when I will endure the madness and the monotony all over again and all for the perfect costume change.

So forgive my indulgence, dear reader, never one to “play favorites”, but this one’s for “K” wherever she may be. Thanks for making me your “inspiration”. According to the evidence, we're both likely to live a little longer despite the fact that most times when I exercise I feel like I’m dying. And here is to you, my dear friend, post this Labour day.... May our outfits be fabulous (even if they are white) and may we both hit the snooze button a little less often…
Posted by Girlfriend's Guide to Health at 8:31 PM