The Geek shall inherit the earth 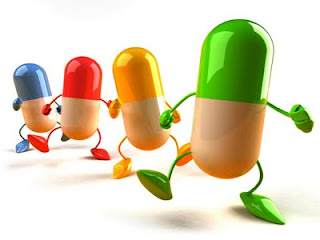 My beloved is a geek. Not the old school kind with pocket protectors, coke bottle glasses and a "Revenge of the Nerds" laugh. He does however have an almost romantic connection to his computer and as for video games? They are not only his source of income but a true life force. He works as a technical artist for Relic Entertainment, a video game company. At many a party he is the coolest "dude" in the room. When asked of my career many people respond with a longing look as if to say "will you be my family doctor?' To which I respond "I am not family doctor" and the conversation is over. Jason, however, when asked of his job inspires many a man to become a boy again. Nobody wants to play doctor anymore.... they all want to play real time strategy (RTS) with Role Playing Game (RPG). Throw in a little MMO (Massive Multiplayer Online) and my ability to prescribe narcotics can no longer compete with the degree of this sexiness. I always thought it was awesome that our careers were so vaslty different. And really unless he had a game that was making people have seizures our two career paths would not likely converge.

First, as always, there is the fashion. Jason's uniform is a t-shirt either with some recent alien having its head blown from its face or a hoody in praise of a war time stretegy game which allows every twenty year old to kill a Nazi from the comfort of his/her own living room. I like my fashion more off the runways where he goes to work as a marketing statement mixed with just the right pair of jeans and shoes which are funky because they were bought by his wife.

Make no mistake, I am so proud of his work and his passion for his craft. Rarely will one meet someone who TRULY loves his/her job and much as my beloved. But I never thought HIS work would change mine. That was until last week.

I was waiting for my next patient in clinic. I have changed some of the features of her case to keep things confidential, of course. She was seeing me for high cholesterol and her 19-year-old son came with her to the appointment and was waiting in the waiting room as well. I went out to the room to get her (we'll call her Debbie, although this was not her name) and sitting next to her was her son "ZacK" (not his real name). She was reading one of the shitty magazines I encourage my patients to steel from my office, Zack was reading World War Z by Max Brooks. I am not entirely farmilar with the book only to say it is the Warren Commision equivalent in the event of a Zombie attack. It sits on my husband's bedside table and he talks of it with as much respect as I do British Vogue. I do know that it is by the same author as the Zombie Survival Guide and incidently Mel Brooks's son.

So as charming as ever I said to my patient's son, Good Book? I hear it is almost like a 911 investigation into the Zombie wars." He looks up at me with awe.
"Have you read it?" he asks.
"No, " I reply, "but my husband is really into that stuff. In fact have you seen the movie District 9? I just saw it last week... great film."
"I am going to it tonight" he says almost in a whisper.
"You will love it> "
He was dumbstruck. And as if that is not enough, I take out my light-saber and issue one final geeky blow.
"I can't wait to see AVATAR in December. I hear there was a 25 minute clip at comic-con this year that was amazing. 310 million on a movie.... better be worth it." I say with confidence.

Make no mistake, I really did like District 9. In fact, I like it more than my husband did. I also am looking forward to seeing was 310 million dollars will buy you in a movie these days. I was not just feeding this 19 year old a line, I was, however embellishing my "Geek Mystique" learned, nay, absorbed from years of living with a "Tech-E Monster" in order to further my patient-physican relationship.
"How do you know all this?", Zack asked in wonder
"My husband does FX for a video game company" I reply
It turned out that Zack's favorite game was the one my husband worked on and I told Zack. A five minute conversation had cemented me as this geeks new Wonder Woman, complete with laso of truth and fabuous wrist bracelets.
"You my Mom's Doctor?" he asked.
"yes" I smiled
"Wow..."

Zack and his mother came into my office and so began a long debate about whether this woman who had high cholesterol and had already had one angioplasty would take her cholesterol medications. I was ready for a head to head throw down ahead of me. I would quote statistics, the benefits of secondary prevention and give her the evidence on a silver platter. I was ready. But before I could intervene her son put down his book and calmly said to his mom, "Mom she totally knows what she is talking about. You really should listen. You've already had one heart attack, you don't want another."

From then on it was like a dream. I wrote a prescription for a cholesterol medication and SHE TOOK IT! No messy talk, no power struggle. No quoting studies, no proving how much I knew. I was a monkey who did not need to dance! WHY? Not because I was a strong, intelligent, accomplished and trusted physician. No, 9 years of clinical practice had not given me shit in this situation. I had clinical credibility right then and there. Thousands of hours spent studying and in conferences were reduced down to the simple fact that I knew what RTS (real time strategy) stood for. It did not matter that secondary prevention with statins reduces cardiovascular events further as much as 50%. What mattered was that I knew what World of Warcraft was and I was sleeping with the guy who was doing the technical art on Spacemarine.

This got me thinking about what makes a patient trust a physician? What makes any of us trust any authority figure at all? Had I not known the ins and outs of the gaming world, would Debbie leave her diagnosis to Google? Science has some evidence to suggest that a patient remembers only 50% of what a patient tells them. In fact several studies both in the New England Journal of Medicine and in the American Journal of Psychology suggest that a patient's compliance rest in their relationship with their doctor long term and in other social factors such as their family make-up and whether they have had a bad experience in the past. This all seems logical to me, the fact is there is evidence to back it up.

Today, however, science begone, tonight a gamer and not a doctor was king. And so life in that instant became a video game itself. In the battle to save the universe my avatar was not a 39 year old doctor with great hair, logical arguments and a killer shoe closet. No I was "game-boys" wife; with Wonderwoman hair and just enough knowledge of the geek to get one young man to convince his mother to take a potentially life saving drug. There was all the drama of World of Warcraft and Gray's Anatomy was nowhere to be found. And when I arrived home that night and kissed Jason on the cheek. I realized how much I had to be grateful to the geek. For although there are days where I mock his laptop in bed or the fact that he is physically attached to an ipod at all times, today would not be one of them. I often joke that I send a 35 year old man to work every morning only to have him come back as 16 year old boy each day. Today, however, was a revelation. Today, Jason sent a 38 year old doctor off to work and she returned home a Superhero. And so dear reader, today was the day, where video saved the medicine star...
Posted by Girlfriend's Guide to Health at 9:14 PM