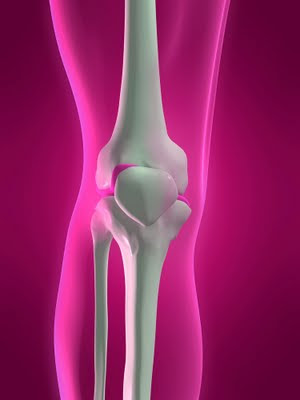 A Woman’s Right to Shoes…

Truth be told. I have a strange, perhaps excessive appreciation for expensive footwear. Those who know me (decide at will if you will admit to it) will testify that I am a “friend of Manolo B”, to paraphrase at will. I have long maintained that the reason many women share this same shall we say appreciation for shoes is that if they don’t fit- it’s not your fault. The same cannot be said for jeans. Jeans are the fashion worlds equivalent to that snobby chick you went to high school with. You know the one, with the blonde hair and perfect sweater sets? She was clean and shiny and looked good in everything. She was cold and judgmental and standing next to her you felt, well, quite frankly… exposed. Spending two hundred and fifty dollars on a pair of denim pants by earth shattering names like “seven for all mankind” or “citizens of humanity” is just a vacant attempt to align your chakras in a way they never will. Frankly, its just bullshit. Such bliss cannot exist in the denim section of any respectable retail establishment. I never liked the perfect cheerleader in the sweater set in high school and I don’t have the patience for the jeans she now covets. Both leave me feeling like there has to be “something really wrong” hiding under all that façade…

However…. A shoe department really is a different story. A shoe department of any higher end store (you know the ones- where you are on a first name basis…the sound of them just makes you exhale like a hard core Yoga freak…. Neiman’s or Barneys or Holt’s or Saks). There is honesty in shoes. A size 8 IS a size 8 and if it does not fit- it’s not your fault. In Jeans a size 32 is a mocking hurtful cheerleader who picked you last for dodge ball and if you can do the zipper up she is laughing her ass off at you over lunch-hour while you swallow your pain.

This would never happen in the shoe department. First of all, there is a place to sit. And usually those chairs are plush lovely couches in some colour you would never put in your own home for fear of spilling a coffee or a child on it and soiling its perfection forever. Secondly, the carpet is always equally as plush and fabulous and makes you feel like you are in a home filled with love. Finally, on the so-called shelves of this home are the most perfect assortment of four to six in heels (flats be damned I am short girl) in every shape, strap and variety of toe exposure imagined. AND most importantly the stock changes every 3 months.

So I got to thinking about shoes as the next homeopathic answer to subclinical depression. Can four inches of fabulous really be the key to happiness, as we know it? Or are they just another drug that like all other addictions will lead to destruction and desolation? Is it true what they say that a stiletto may increase a woman’s risk for arthritis and patello-femoral syndrome (nasty knee pain)? My shoes are MY THING. So, I thought it best for me to find out if Christian Louboutin is the key to my future salvation or my future knee replacement.

Let’s begin with those bastards at Harvard Medical School, who in 1998 started the whole rampage against the 4-inch heel. Dr. Casey Kerrigan published a study in the Lancet about the effects of high heels on the biomechanics of the knee and ankle. The study consisted of 20 healthy women who were comfortable wearing heels who were then placed in heels and asked to walk at a comfortable speed for 10 metres across a floor. The biomechanics of their knees and ankles were measured and plotted against the same readings they had while walking barefoot. There was a significant increase in the stress at the knee and the ankle compared to walking barefoot in these women. The findings confirm that wearing high-heeled shoes significantly alters the normal function of the ankle. Because of this compromise, compensations must occur at the knee and hip to maintain stability and progression during walking. These findings suggest that most of these compensations occur at the knee. Now, I have known this for years. Ever since I strapped on my first pair of heels and tried to walk the kitchen floor I realized that I was going to have to learn to walk all over again. HOWEVER… like anything worth having in life, you put in the effort…. Hour upon hours of practice, clenched butt cheeks and a decent swagger have made me the 4-inch woman that I am today. The Harvard study however finds that this compensation MAY over time increase the work of the quadricep muscles, prolong the strain through the patella tendon, and prolong the pressure across the knee joint. Therefore this may lead to increased arthritis and patello-femoral syndrome. However the study did not make any full conclusions.

So here are my issues:

1. Is Dr. Casey Kerrigan a man or a woman? Casey is one of those ambiguous names like Kelly or Adrian or Jesse (or even Ali). Are you a chick or a dude? This makes a difference. No sister I know would shamefully attack the temple. Casey, if you are in fact a woman than I surmise you have never owned a pair of Jimmy Choo strappy sandals and should spend some of your Harvard hard earned cash on said shoes immediately. They WILL most definitely change your research focus. However Dr. Kerrigan, if you are a man…. One small piece of advice which I tell my beloved regularly…. to paraphrase one Carey Bradshaw, DON’T MOCK THE SHOES.

2. Data exists from the United Kingdom that places a well-needed platformed heel up the ass of this controversy…. Researchers at Warwick University and Oxford Brookes University investigated the stiletto controversy with the help of 111 women aged 50 to 70, of whom 29 were awaiting knee replacements. Women were asked to report about their taste in shoes, weight, activity levels and other risk factors for arthritis. The final study, published in the Journal of Epidemiology and Community Health in 2005 found no evidence to suggest wearing high heels was linked to knee problems. Indeed, the statistics suggested women who regularly wore 3-inch heels were less likely to be suffering from arthritis. Factors that did influence a women’s risk of arthritis were being overweight before 40, doing demanding physical work and having previous knee injuries. In fact, there was a link between regular dancing in 3-inch heels and a reduced risk of knee problems. Women were also shown pictures of 38 different types of shoe and asked if they had ever worn a particular type regularly, either for work, socially or dancing. Some 55.2 per cent of the women with knee arthritis regularly wore 3-inch heels, as did 67.1 per cent of women with no pain. In other words…. If you wear heels you have a fifty percent chance of them killing your knees. Having spent more than half my shopping hours in the shoe departments of many a respectable store means I am willing to flip that coin…. Finally, Dr. Margaret Thorougood, the lead investigator of this study can be quoted as saying, ““Women who smoke, are overweight and do a lot of heavy housework such as scrubbing are more likely to develop painful knees and arthritis later in life. But women who wear stiletto heels will be reassured to learn that their choice of fashion-before-comfort footwear will not lead to knee joint problems and may even prevent them.”

Ladies…. Let us pray to the goddess that Margaret lives a long and fabulous life filled with guilt free chocolate éclairs and a phenomenal metabolism.

SO there you have it. What the scientific world would call INCONCLUSIVE EVIDENCE. Harvard says my heels will kill my knees and Oxford tells me to wear them with reckless and fabulous abandonment. I will let my readers make their own decision. Safe to say, as far as I am concerned… God save the queen…

Posted by Girlfriend's Guide to Health at 10:11 PM